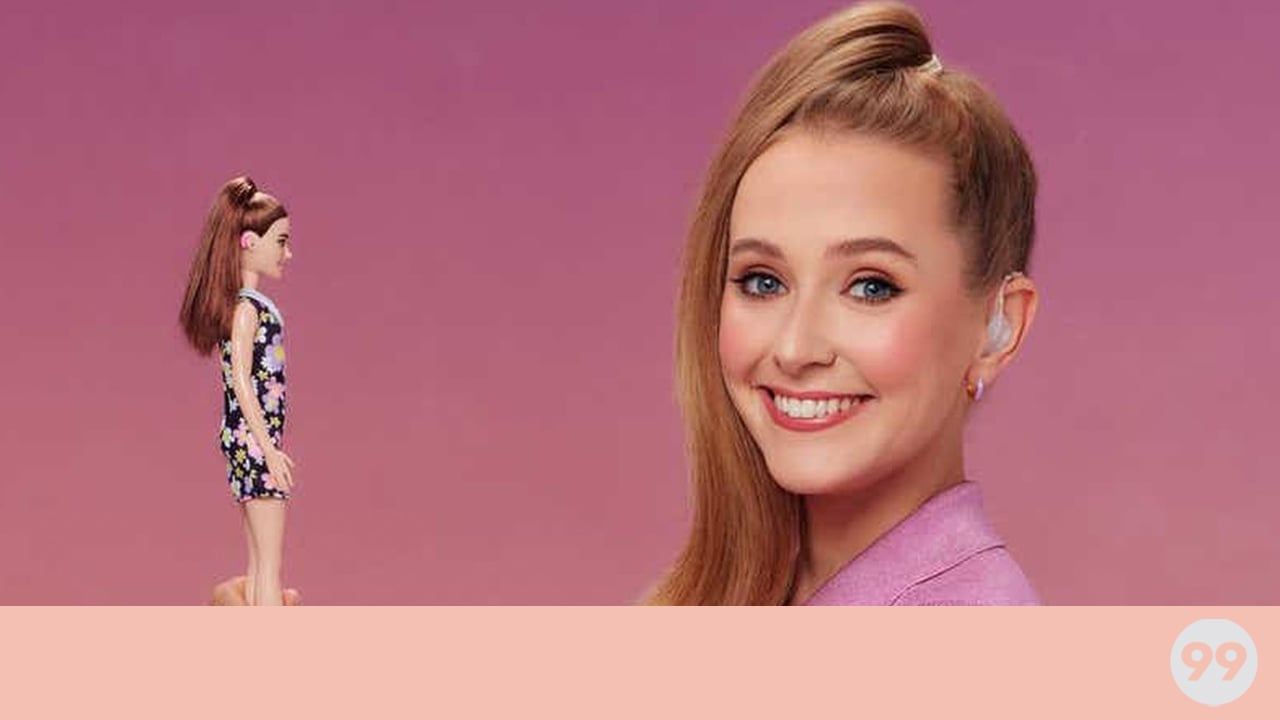 Strictly Come Dancing winner Rose Ayling-Ellis has collaborated with Barbie to release the first ever Barbie doll with hearing aids.

As part of the Rose, Barbie and Friends campaign, the first hard-of-hearing Barbie features adjustable behind-the-ear hearing aids. It makes up just one of the new additions to the diverse Barbie Fashionistas line.

The Barbie doll with hearing aids joins the inclusive Fashionistas line that also features the first Ken doll with vitiligo. Alongside these dolls, you will also be able to purchase a paraplegic Barbie and a doll with a prosthetic limb.

Who is Rose Ayling-Ellis?

According to RNID, in the UK, there are 12 million adults with hearing loss greater than 25 dBHL. That’s the equivalent of one in five adults.

Ayling-Ellis, who has been deaf since birth, is the first deaf character to use British Sign Language in EastEnders. She is also the first ever deaf contestant to appear and win Strictly Come Dancing.

Speaking about the Barbie collaboration, Barbie ambassador Ayling-Ellis says, “It’s so important for children to be able to see themselves represented in the toys they play with,”

“When I was little, I would draw hearing aids onto my Barbie dolls to make them look like me, so I am thrilled that Mattel is releasing more dolls that encourage kids to celebrate and embrace their differences.”

She says, “It’s important for kids to see themselves reflected in product and to encourage play with dolls that do resemble them to help them understand and celebrate the importance of inclusion,”

Mattel also consulted with experts to accurately portray the first ever Barbie doll with hearing aids.

Educational audiologist Dr Jen Richardson said she was “honoured to have worked with Mattel to create an accurate reflection of a doll with behind-the-ear hearing aids.”

“As an educational audiologist with over 18 years of experience working in hard of hearing advocacy, it’s inspiring those who experience hard of hearing reflected in a doll. I’m beyond thrilled for my young patients to see and play with a doll who looks like them,” she continues.

The new Barbie Fashionistas line has also been greenlighted by the National Deaf Children’s Society.

Participation manager Rosie Eggleston says, “She [the Barbie doll with hearing aids and diverse counterparts] will give all children a much greater appreciation of the diversity of people around them and provide a window into the world of deafness.”

“This could really help them to be proud of their deafness, celebrate wearing hearing aids and have new opportunities to talk to their friends about what it’s really like to be deaf.”

You will be able to purchase the inclusive Barbie Fashionistas line, including the Barbie doll with hearing aids and Ken doll with vitiligo in the UK from Thursday 18 August.