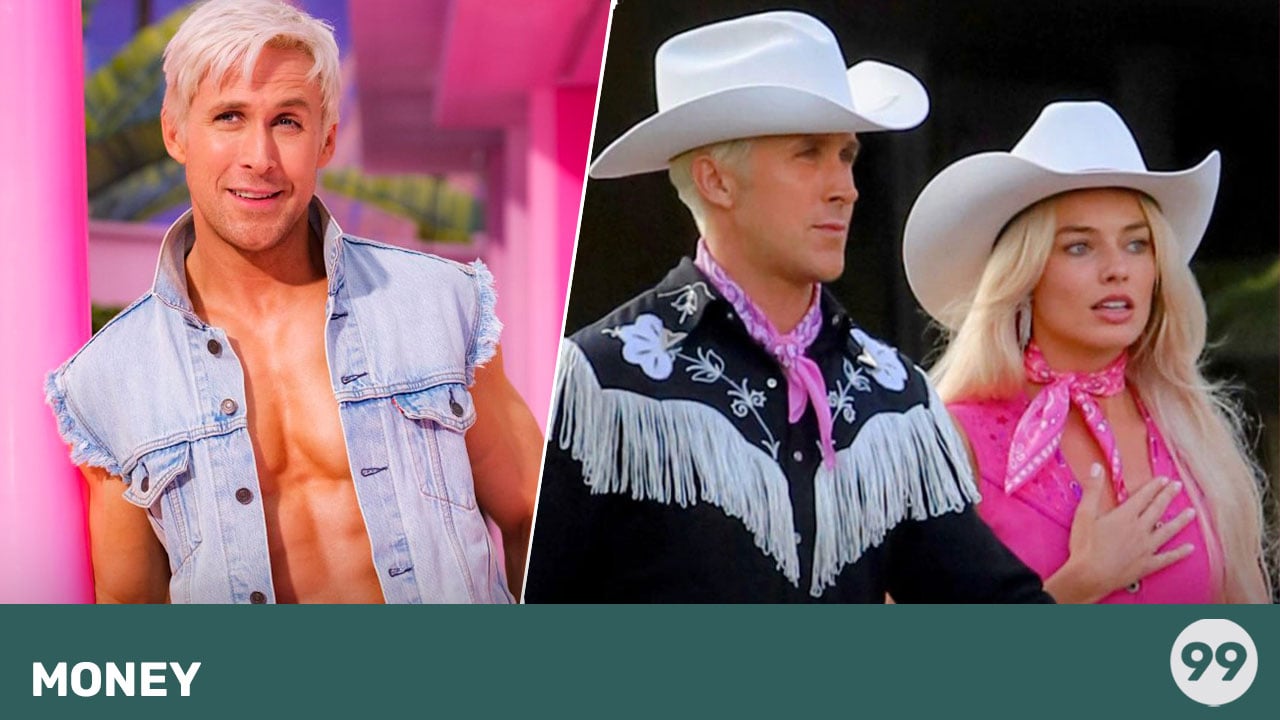 Life in plastic, it's truly fantastic.

New images of Margot Robbie and Ryan Gosling on-set in the Barbie movie stars have been released, and my gosh. I’m not ready for this movie. It truly is a girl’s world.

Margo can be seen alongside co-star Ryan on the set of Greta Gerwig’s Barbie movie. Robbie is playing the titular role of Barbie, whilst Gosling is playing Barbie’s boyfriend, Ken. In new pictures, the duo are on location in Brentwood, California, wearing matching Western costumes.

Warner Bro. Pictures released first-look photographs of the two stars earlier this year. But this is the first time we are seeing the pair on set together.

In the pictures, Margot can be seen wearing a hot pink button down vest in addition to star print bell bottom pants. While Gosling, fresh with platinum blonde hair, sports a button down cowboy jacket with fringe detailing and matching black pants.

Could this be a nod to the Western Barbie doll that came out in 1981?

About bringing Barbie to life, Margot reportedly said via a press release, “Playing with Barbie promotes confidence, curiosity and communication through a child’s journey to self-discovery.”

“Over the brand’s almost 60 years, Barbie has empowered kids to imagine themselves in aspirational roles from a princess to president,” she allegedly continues. “I’m so honoured to take on this role and produce a film that I believe will have a tremendously positive impact on children and audiences worldwide.”

However, it’s not just Margo who is ecstatic about the Barbie movie casting. Actor Eve Mendes has also praised her partner, Ryan, on his Ken first-look image.

“So. F. Funny. So. F. Good. So F excited to see this… #Thatsmyken,” Mendes wrote via Instagram. The caption comes under a picture of Ryan sporting his platinum blonde locks and double denim outfit.

Alongside Margo and Ryan, the Barbie movie includes America Ferrea, Emma Mackey, Michael Cera and Marvel actor, Simu Liu. The latter is set to play another version of Ken. 2022 is the year of the Multiverse, huh?

Greta Gerwig (Little Women, Lady Bird) is at the helm of this Mattel-inspired movie. She currently has both co-writing and directing credits.

The Barbie movie stars Margot Robbie and Ryan Gosling in the leading roles. It will be in cinemas from July 2023.