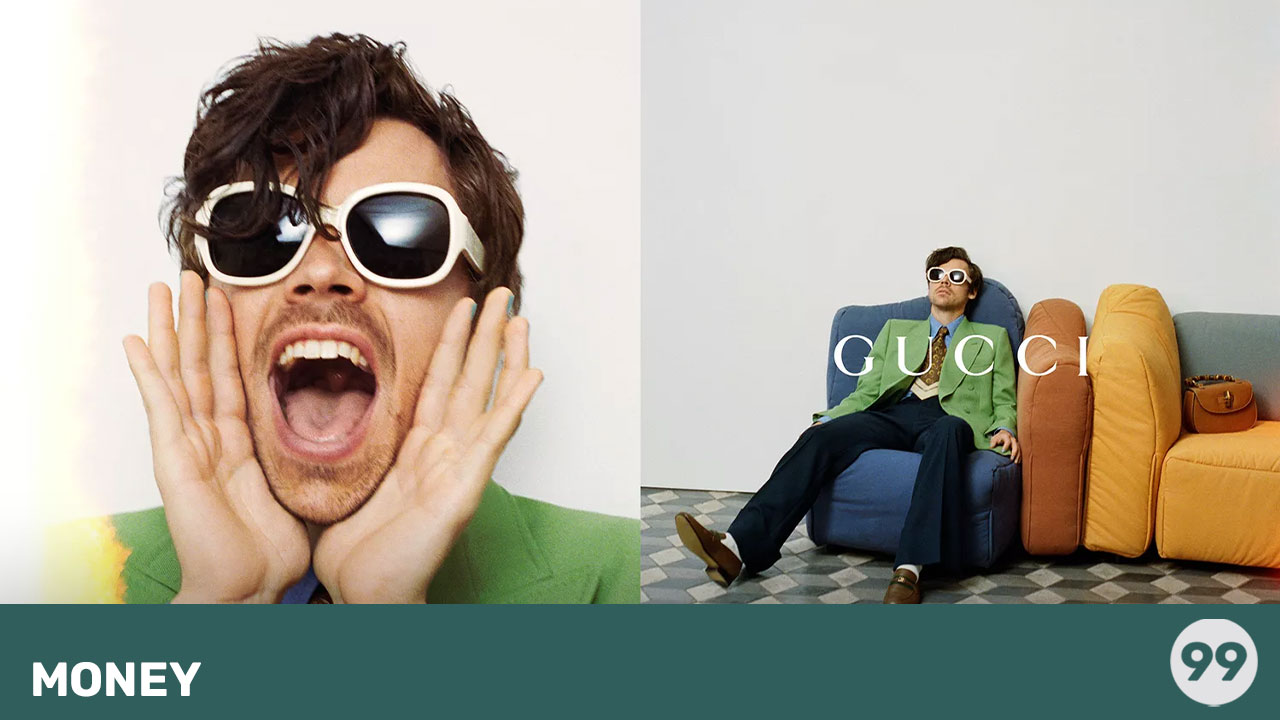 Finally, the anticipated Harry Styles Gucci HA HA HA collection is available to purchase. Here’s everything you need to know before buying.

Earlier this year, it was announced that Styles was teaming up with Gucci’s creative director, Alessandro Michele. The collaboration would be released as a capsule clothing collection.

The collaboration was born of Styles’ penchant for wearing Gucci on stage and his ever-growing friendship with Michele himself.

The pair’s relationship began to blossom back in 2015. This was when Michele first took over as Gucci’s creative director from Frida Gianni.

Following Gianni’s departure, Gucci say that the encounter between Styles and Michele “generated a relationship of exchange, of continuous creative contamination, and the drive to explore,”

Now, however, their friendship has amalgamated into a business venture.

Michele on working with Styles

“The idea of working together came to me one day while we were talking on the phone,” says Michele.

“I proposed creating a ‘dream wardrobe’ with him,” he continues. “We ended up with a mix of aesthetics… From 1970s pop and bohemia to the revision of the image of the gentleman in an overturned memory of men’s tailoring.”

The result is of course the newly-launched fashion collection, Gucci HA HA HA.

Where did the collaboration name come from?

Gucci HA HA HA is named for various reasons. According to Stylist, ‘HA HA HA’ is apparently how Styles/Michele sign off their emails.

As reported by Gucci it is also, “the serial crasis of the initials of ‘Harry’ and ‘Alessandro’, as well as being “the onomatopoeic sound of the written essence of an emoji, the ‘laughing face’.”

What is included in the collaboration?

According to the fashion house, the Gucci HA HA HA capsule puts “play at the very heart of the collection, which uses menswear as a tool of the avant-garde.”

It is also a showcase of “the ‘dream wardrobe defined by the eccentric use of romantic accents, whimsical prints, vintage details, and the expressive emotionality of the individual.”

However, like Gucci’s recent collaborations with adidas and The North Face, the pieces are not exactly budget-friendly.

What does Harry Styles say about the collection?

As per a press release, Styles says he is “so happy to see this project finally come to life,”

“I’ve known Alessandro for years now, and he’s always been one of my favourite people. I’m always inspired watching him work, so doing this collaboration with my friend was very special to me.”

So, do you fancy a slice of the Gucci HA HA HA collection? If so, then the campaign is now live and available to purchase online and in-store.