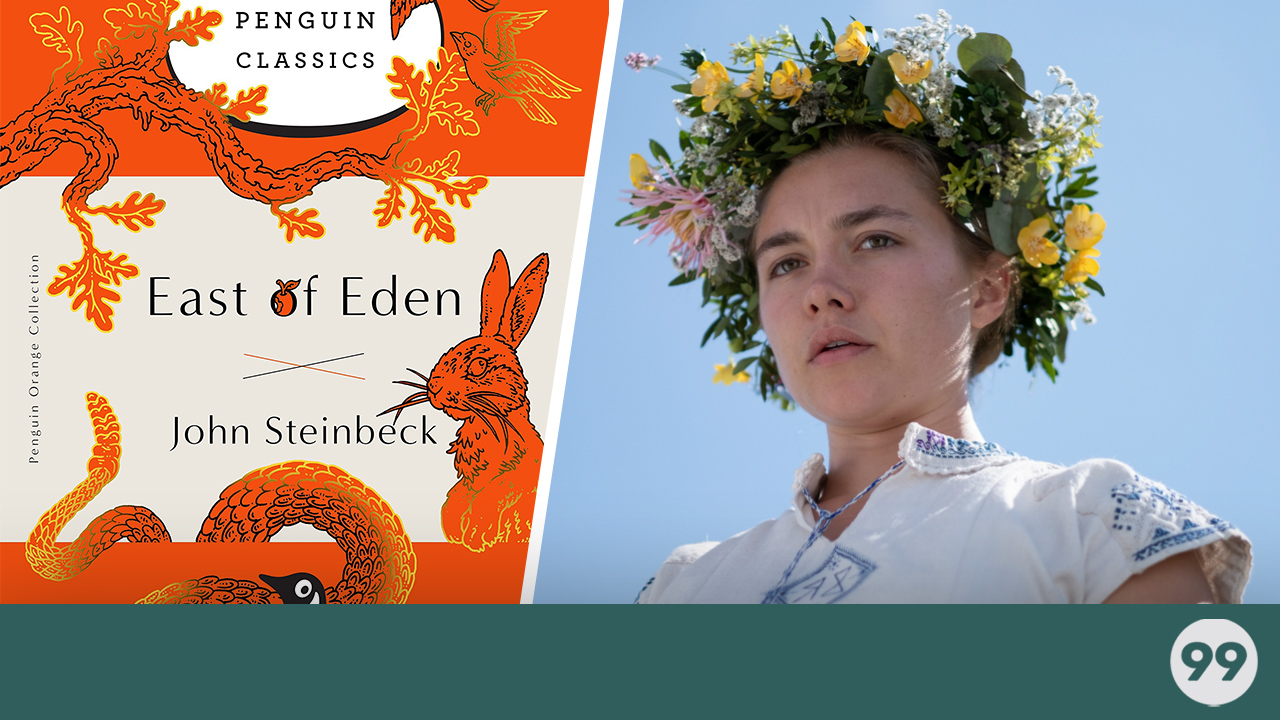 Florence Pugh is great in anything!

26-year-old Florence Pugh will star in a limited series adaptation of John Steinbeck’s East of Eden. According to Deadline, Florence Pugh will also co-produce the show. Zoe Kazan heads up the project as writer and executive producer.

However, this isn’t the first time that an East of Eden adaptation is hitting our screens. Originally Elia Kazan brought the Steinbeck novel to life in 1955. Elia Kazan is Zoe Kazan’s grandfather. The 1955 East of Eden film is James Dean’s first major on screen role. A star truly was born.

“I fell in love with East of Eden when I first read it, in my teens,” says writer, Zoe Kazan. “Since then, adapting Steinbeck’s novel – the great, sprawling, three-generational entirety of it – has been my dream.”

About the co-producers, Zoe Kazan reportedly says “I hope that with our partners at Netflix, Anonymous Content, and Endeavor Content, we can do justice to this material — and shed new light on it for a 21st-century audience.’

Florence Pugh is best known for playing Yelena Belova in Phase 4 of the MCU. However, roles such as Amy March in Greta Gerwig’s adaptation of Little Women and Dani in Midsommar have also made her a household name.

“More than anything, I have wanted to give full expression to the novel’s astonishing, singular antiheroine, Cathy Ames. Florence Pugh is our dream Cathy; I can’t imagine a more thrilling actor to bring this character to life” says Kazan.

Florence Pugh will play Cathy Ames in the East of Eden adaptation. In the original Steinbeck novel, Cathy has a “malformed soul”. There’s even a disturbing scene where attempts an abortion with a knitting needle. East of Eden is definitely going to be eye-opening at the least.

But East of Eden isn’t the only project the MCU actor has on the cards right now. Florence Pugh is a busy lady! She will also star as Princess Irulan Corrino in Dune: Part Two and alongside Harry Styles in Don’t Worry Darling.

Elsewhere, the actor will also appear in boyfriend Zach Braff’s upcoming movie, A Good Person. Florence Pugh will play Allison, a woman whose life is falling apart due to a fatal accident. She will also appear alongside Morgan Freeman.

Like A Good Person, the limited series East of Eden currently doesn’t have a definite release date. Of course, keep your eyes on 99 Problems for more Netflix news.