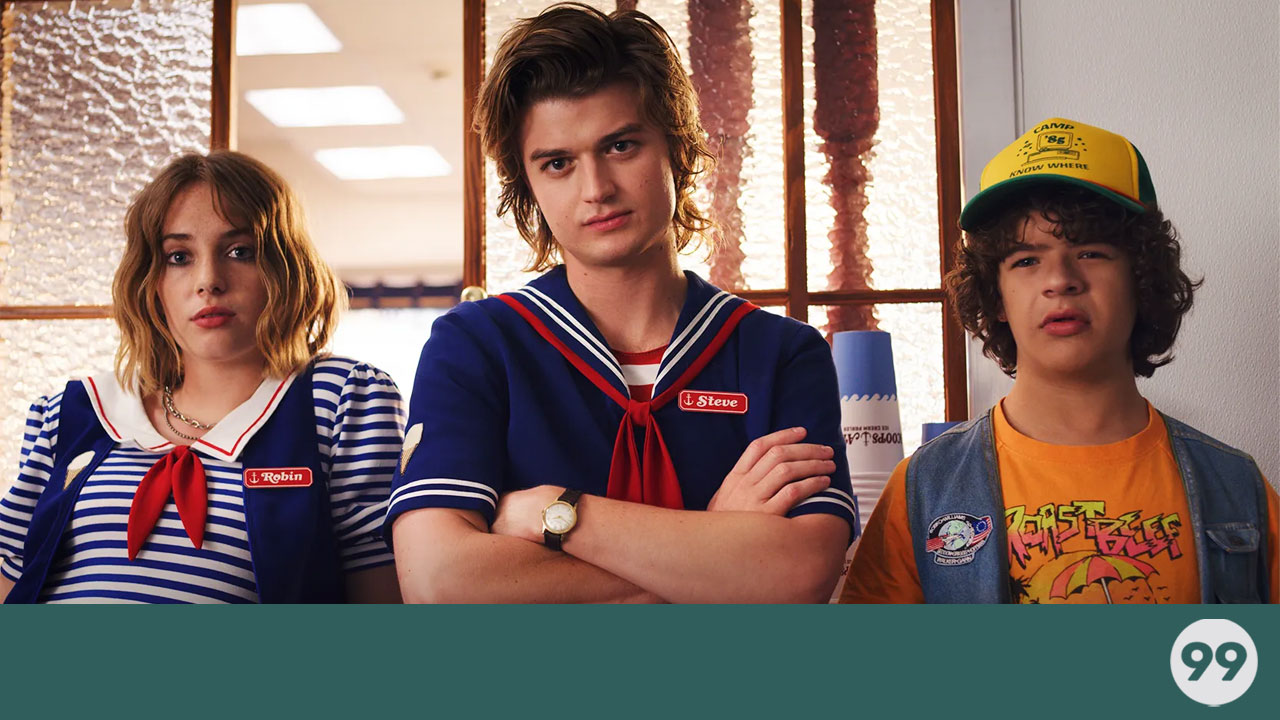 If anything happens to Steve I'm gonna cry...

Warning. If you’re a big Stranger Things fan but you haven’t binge-watched Volume 1 yet, then major plot spoilers are ahead.

On Friday, May 29, Netflix released the first seven episodes of Stranger Things season 4. In Volume I, Steve Harrington was pulled into the Upside Down where he was bitten by bat-like monsters. Luckily, he fought off the attack in the nightmarish dimension with Nancy, Robin and Eddie. However, the bats left him with a gaping wound.

Secondly, alongside this potentially-fatal wound, is Robin’s persistent fear of rabies. Is it possible that Steve is currently suffering from mutant rabies? We hope not.

Fans, however, have put the two together and firmly believe that Volume 1 is definitely foreshadowing the death of Steve. Moreover, could Steve (played by Joe Keery) become Vecna’s next victim? Anything is possible in Stranger Things right now (what with Eleven’s secret history blowing our minds.)

Fans have taken to social media to weigh in on whether Steve will make it out of season 4 alive.

Speculating on Steve’s fate, one user wrote on Twitter, “If Steve dies I will go to LA and personally fight Netflix and everyone in charge”

Another user said, “Is no one gonna’ talk about how Mr Steve Harrington got bitten by bats in the Upside Down and how Robin is fearing he might have got rabies or something from them? I dont know, but I have this theory that he might not die on the upcoming Volume 2”

A third well-thought-out theory reads “Stranger Things Season 4 Theory: Steve is definitely dying. They are teasing Nancy and Steve just so they can kill off Steve. Steve will most likely sacrifice himself for Nancy. Either whilst she is in Vecna’s mind control or after some other situation.”

When does Stranger Things season 4 come out?

Stranger Things Season 4 Volume 2 premiers via Netflix on Friday, July 1. Volume 2 comes just five weeks after the release of Volume 1. Will we get a definite answer on Steve’s fate?

According to BT, the final two episodes making up Volume 2 are titled Papa and Piggyback. The latter is a “movie-length finale and will be the longest episode in the show’s history by a significant margin.’ The Volume 2 finale will have a runtime of 2.5 hours, making it a must-see sci-fi epic.

Will Steve Harrington survive? Will we see anything scarier than Jamie Bower as Vecna on our television screens anytime soon? Alas, only time will tell.

Excitingly, the trailer for Volume 2 has just dropped via Netflix. The second part of season 4 is due to hit the streaming service on July 1.