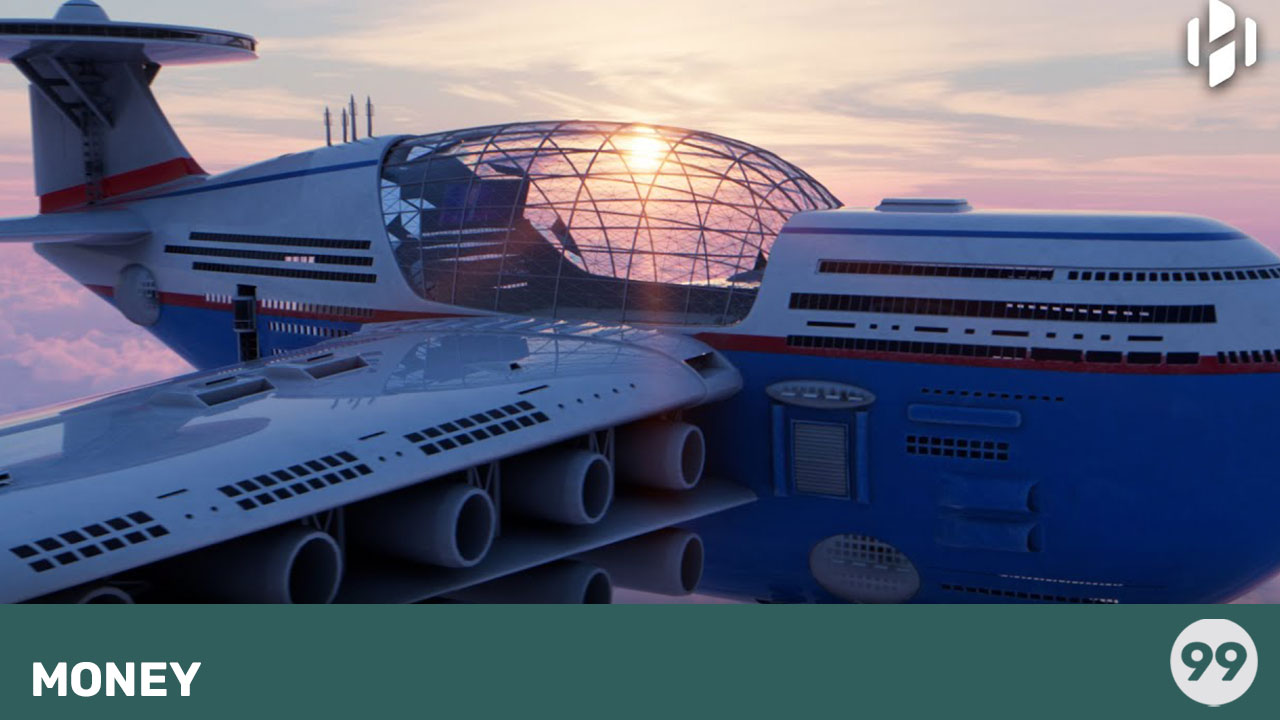 Would you take a trip on the viral nuclear powered Sky Cruise hotel?

It's like staring into the crystal ball of the future.

How would you feel about your next holiday destination being onboard a flying hotel? Swimming between the clouds could soon become a reality, thanks to newly-revealed plans for a nuclear-powered ‘Sky Cruise hotel’.

The concept for the Sky Cruise hotel is the brainchild of painter Tony Holmsten, and has been animated by Yemeni science communicator Hashem Al-ghaili.

As reported by Cruise Hive, the idea came to Al-Ghaili from various different animations.

“I was searching for a 3D model that features a futuristic design of an aeroplane and came across this 3D model by Alexander Tujicov. It’s based on an earlier design created several years ago by Tony Holmsten. I bought the 3D model and decided to animate it. I wrote the script and edited the video to showcase what it could look like in real life.”

The imagined Sky Cruise hotel would be fully autonomous. So, that means pilots wouldn’t be required for the aircraft to remain airborne. It also could remain up in the sky for months at a time. Passengers would embark and leave the flying hotel through docking jets.

The so-called ‘future of transport’ would feature 20 nuclear-powered engines and would be able to carry 5,000 holidaymakers at one time.

The concept for the Sky hotel had its reveal via Al-Gaili’s Youtube channel. The video claims also that the Sky hotel “gives you the ultimate travel experience. Its sleek design combines the features of a commercial plane while offering the epitome of luxury.”

Features proposed for the Sky hotel include a 360-degree viewing platform delivering breathtaking views of the sky, and an entertainment deck featuring shopping malls, restaurants and bars.

For those thinking of hosting an unforgettable wedding, the Sky hotel also delivers. “If you want to declare your love above the clouds… the wedding halls give you and your partner, along with your guests, a memorable experience.”

This giant nuclear-powered aircraft is potentially game-changing and serves as the future of holidays. According to Cruise Hive, it also would have no carbon footprint as the electric engines would produce clean, nuclear energy.

Another commenter said, “looks like something Homer Simpson would dream up.”

Would you take a holiday in a giant AI-Run and nuclear-powered flying hotel in the sky? I’m not sure I have the stomach for it right now.

So, are you ditching your summer bash or annual festival pilgrimage when this flying holiday becomes available?

All eyes are peeled on Al-Ghaili to make this dream a reality as soon as possible.