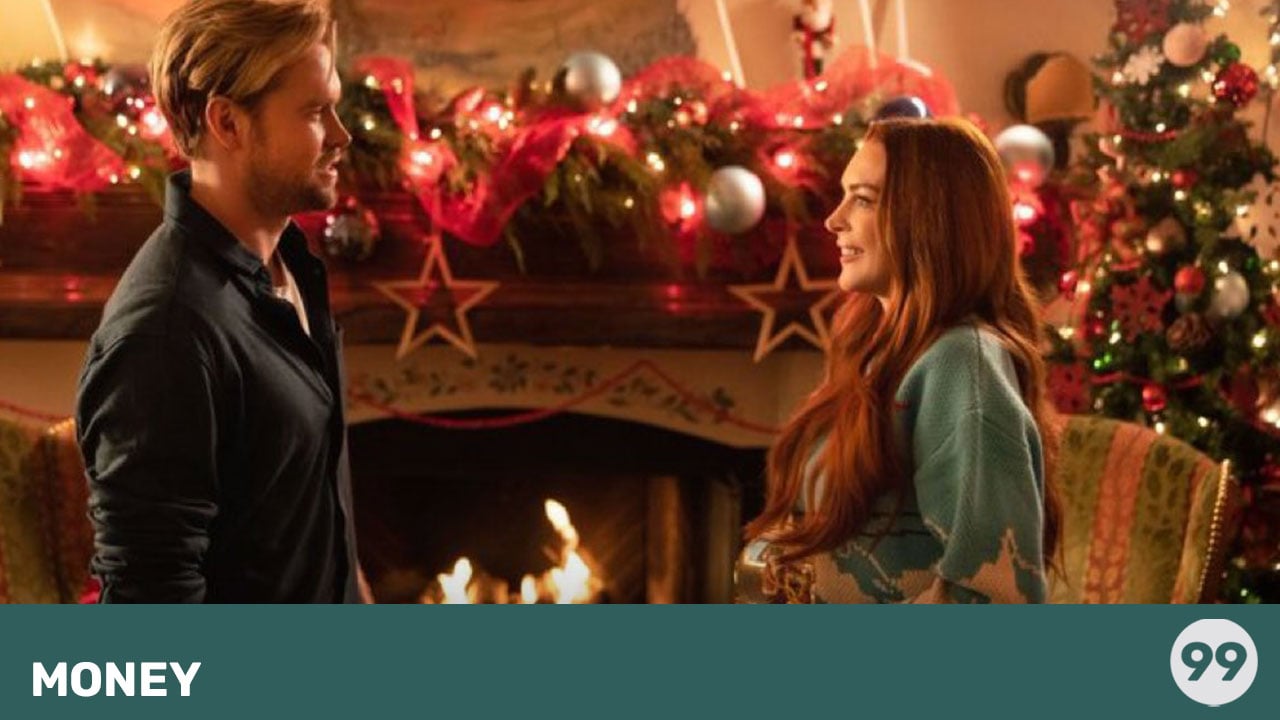 The Lohanaissance is on!

Lindsay Lohan’s new festive film, Falling For Christmas, has finally hit Netflix – and fans are all saying the same thing!

The Lohanaissance is officially on. After some turbulent times, the Mean Girls and Parent Trap actor has finally returned to our screens.

Lohan’s new Netflix movie, Falling For Christmas, is a cheesy romantic comedy which sees the actor starring as Sierra Belmont, a “newly engaged, spoiled hotel heiress”. The latter is a quote from the film’s synopsis.

However, in the run-up to Christmas, Belmont suffers a skiing accident while holidaying with her fiance. When she awakes, it’s revealed that she now suffers from total amnesia!

After her injury, she is looked after by a “handsome, blue-collar lodge owner and his precocious daughter”. The ‘handsome’ man in question is Jake Russell (played by Glee’s, Chord Overstreet) while his daughter is Avy (played by Olivia Perez).

Featuring a “will they/won’t they” storyline, Falling For Christmas may not win Lohan any awards – but it does mark the 36-year-olds fantastic return to the small screen.

According to Tyla, Netflix’s Falling For Christmas debuted at a commendable 80% on Rotten Tomatoes. Its audience score was slightly higher, at 83%.

However, the Christmas movie now sits at 50% on the Tomatometer, while the audience score has been lowered slightly to 74%. Still, not bad for the Lohan revival, right?

What do the fans think of the Christmas film?

However, despite the lowered critic rating – fans across social media have gone wild for Falling For Christmas.

New York Times writer, Karl Delossantos wrote via Twitter, “Falling For Christmas is a goddamn delight and everything you want from a silly holiday rom-com: over the top camp characters, ridiculous physical comedy, sweet corny romantic moments, a gay awakening with a mountain man named Ralph. It’s so much fun! Lindsay Lohan is back, baby!

Another Twitter user said, “I’m fully seated for the Lohan-naissance #FallingForChristmas“, while another wrote, “Falling For Christmas is incredible!!! I loved every second of it! Lindsay Lohan is well and truly back”.

So there’s no doubt about it – Lindsay Lohan is back! But the real question is – what will she do next?

You can stream Falling For Christmas via Netflix now!