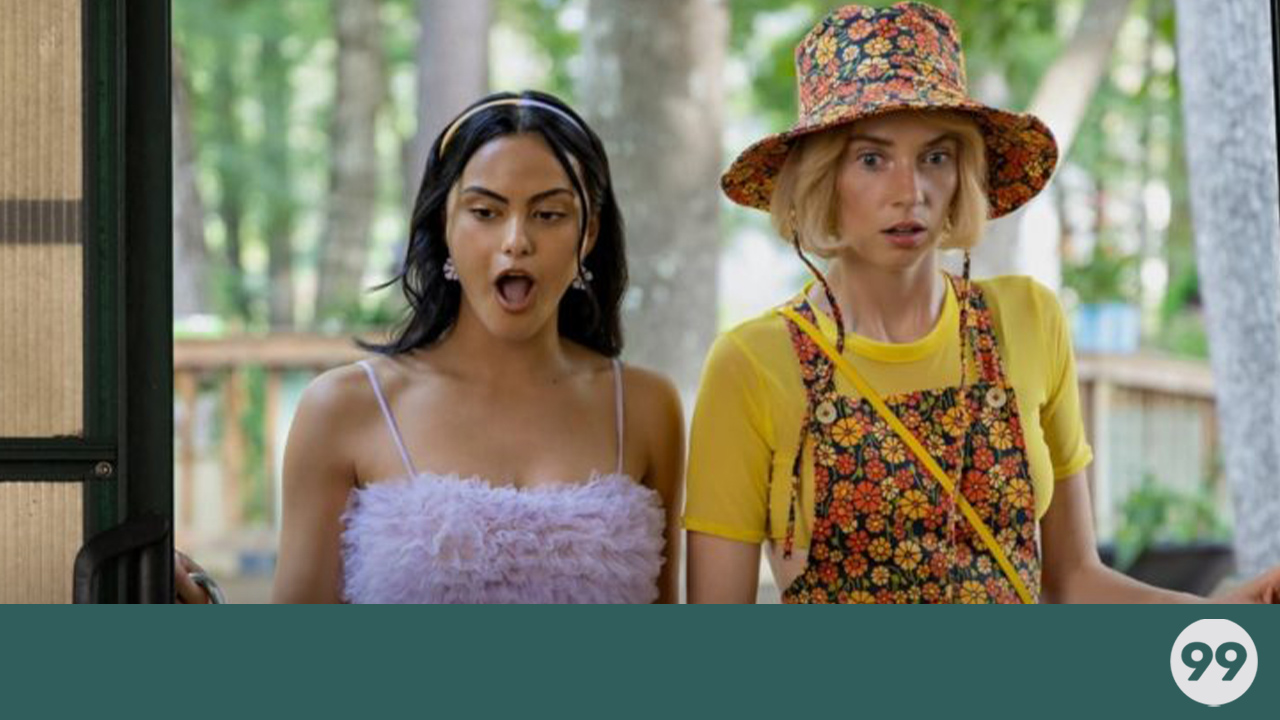 Netflix has released the first Do Revenge trailer featuring Maya Hawke (Stranger Things) and Camila Mendes (Riverdale) alongside a slew of famous faces.

The upcoming movie is to be a “subverted Hitchcock-ian dark comedy featuring the scariest protagonists of all: teenage girls” and has the potential to be our favourite film of the year thus far.

According to the Netflix logline, “After a clandestine run-in Drea (Alpha, fallen it girl) and Eleanor (beta, new alt girl) team up and go after each other’s tormentors.”

The Do Revenge trailer opens with Camila Mendes’ character, Drea claiming, “I spent 17 years meticulously curating the perfect life. I had the perfect friends and the perfect boyfriend. But do you know where all of that got me? Absolutely destroyed.” After this monologue, she punches her boyfriend. Chills.

Following her favour fallout, the Do Revenge trailer captures Drea and Maya Hawke’s Eleanor meeting for the first time. “We should team up and do each other’s revenge,” says Drea. Let the games begin.

Do Revenge is written by Celeste Ballard and Jeniffer Kayton Robinson. The latter is also directing the Netflix movie after most recently working on Marvel’s Thor: Love and Thunder.

The New Netflix dark comedy film, Do Revenge, will be released via the streaming giant on September 16. If you can’t wait that long, then you can watch the Do Revenge trailer below.