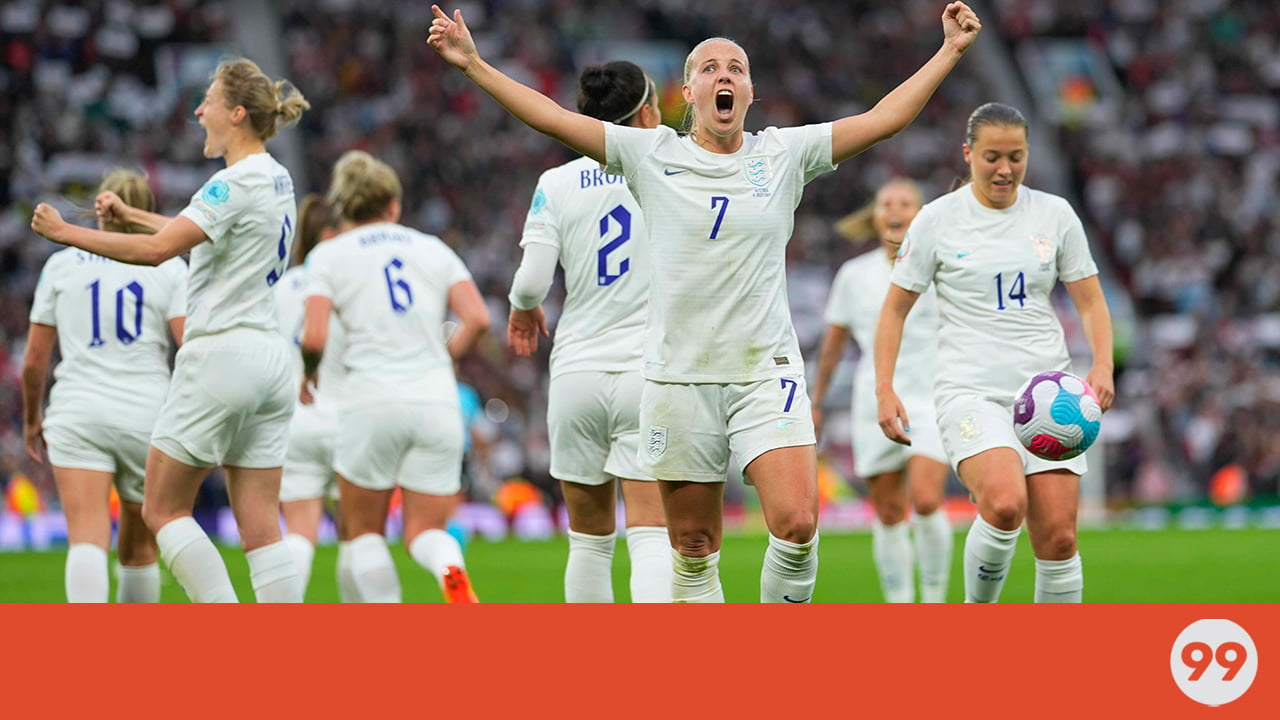 Lionesses call for equal access to football for all school girls

"We see this as only the beginning."

Following their UEFA Women’s EURO 2022 triumph, England’s Lionesses have penned a letter to the UK government calling for equal access to football in PE for both school girls and boys.

“Dear Rishi Sunak and Liz Truss. On Sunday evening, history was made. The dreams of 23 women came true. England became European champions for the first time in history,” the letter reads.

“We want to create a real change in this country and we are asking you, if you were to become Prime Minister on 5 September, to help us achieve that change. We want every young girl in the nation to be able to play football at school.”

According to The Guardian, only 44% of secondary schools currently offer equal access to football in PE lessons.

This lack of equal access, therefore, forces girls to “travel across the country”. It also demands that young girls create their “own teams” in order to play football.

To make football more accessible, the Lionesses are therefore proposing that the “government ensure that all girls have access to a minimum 2hrs a week PE.”

The letter was first posted via Twitter on August 3. It is signed by all 23 members of the England Senior Women’s EURO Squad.

Current England Lionesses captain, Leah Williamson, has added her signature to the letter to alongside Manchester City player, Lauren Hemp.

As well as asking for more equal access to football, the Lionesses want the government to “invest in and support female PE teachers too.”

“Their [female-identifying PE teachers] role is crucial and we need to give them the resources to provide girls’ football sessions. They are key role models from which so many young girls can flourish.”

Previously, both Sunak and Truss have shown their support for the Lionesses during their EURO tournament.

According to The Mirror, a spokesperson for Truss has declared, “The Lionesses Euro’s win nad record-breaking Wembley attendance will have a lasting impact on women’s football.”

“Liz wants equal access to all sports for boys and girls and supports campaigns such as the FA’s Let Girls Play Campaign,” the statement reportedly continues.

“She is committed to investigating what prevents schools from delivering the recommended minimum of 2 hours PE per week. And, as part of her forthcoming spending review, her government would have the opportunity to look at how best to deliver for girls in schools across the UK.”

At the time of writing, Sunak has not yet responded to the Lionesses’ open letter.