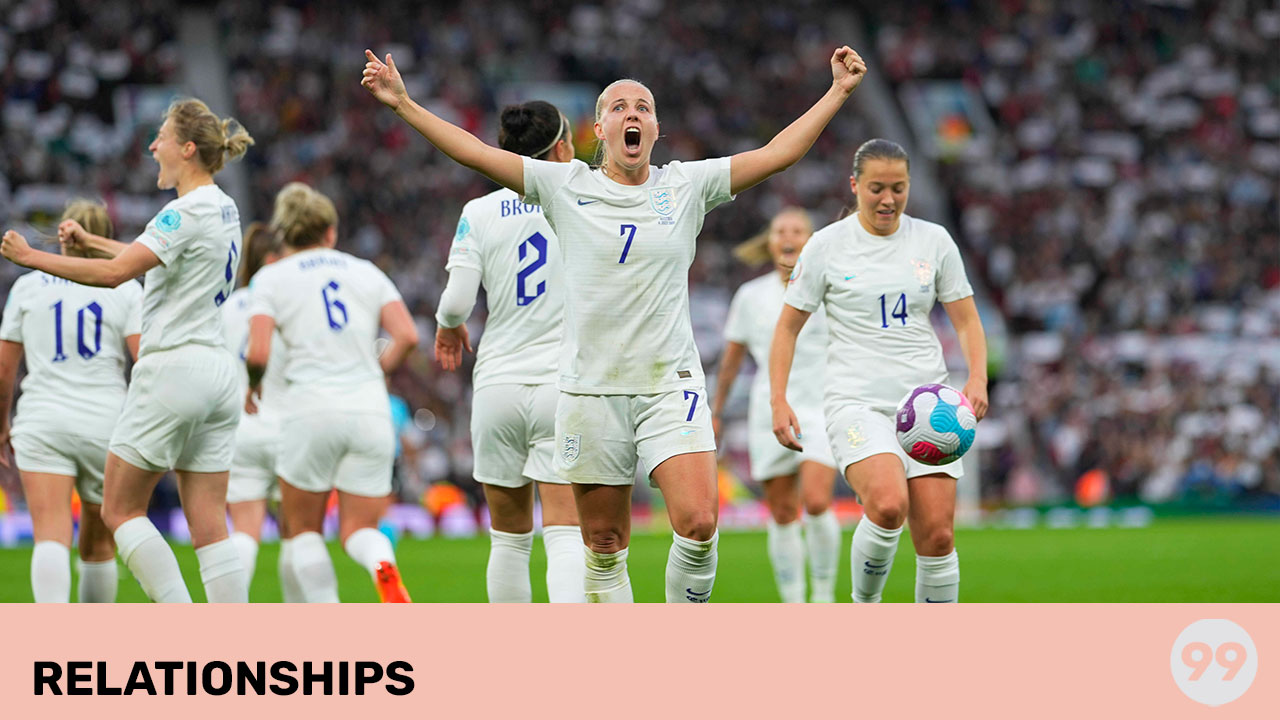 Similar calls have been made by tennis stars.

England football players want to divert away from the traditional all white kit, due to concerns with period anxiety.

In an interview with The Telegraph, Beth Mead confirms the England Lionesses have already held discussions with Nike in a bid to ditch their classic kit colour.

“It’s very nice to have an all-white kit but sometimes it’s not practical when it’s the time of the month,” says the Arsenal and England forward.

“We deal with it as best we can. We’ve discussed it as a team and we’ve fed that back to Nike,” Mead continues. “Hopefully they’re going to change that [the colour].”

Mead confirms that the England women’s team are in talks with Nike to go against tradition and wear different colour shorts.

However, the sole goal scorer in England’s 1-0 Euros victory over Austria on Wednesday 7 July, seemingly doesn’t have a preference for the change.

“I’m pretty easy… As long as I’m playing for my country, I don’t mind what I wear,” she says.

Ahead of England’s Euros opener at Old Trafford, Bayern Munich and England midfielder, Georgia Stanway, also spoke to The Telegraph. In an interview, she also expressed her thoughts regarding the all-white kit change.

“It’s really difficult because we associate England with white,” she says. “The home kit is unbelievable, it looks really nice…I think next year there is potentially a colour change going in.”

“As soon as the adrenaline comes in, you could be naked and nobody cares. That’s what happens when you’re on the pitch, you forget about everything,” she says.

Football isn’t the only sport where a dress code is under fire. This year’s Wimbledon tournament has seen protests from tennis stars and fans alike regarding its “archaic” all-white policy.

The Championship rules state that tennis stars competing in the tournament must only wear white. Colours that differ from white must not occupy a surface wider than 1cm. The dress code has been in play since 1877.

Regarding the rule, Tennis broadcaster, Catherine Whitaker told The Telegraph, “I cannot imagine going into the biggest day of my life with my period, and being forced to wear white.”

Elsewhere, British doubles star, Alicia Barnett reportedly spoke to the PA News Agency and said, “I do think some traditions could be changed,”

“I, for one, am a massive advocate for women’s rights and I think having this discussion is just amazing, that people are now talking about it,” she continued.

When asked about his decision in a press interview, Kyrgios explained, “I do what I want. I just like wearing my Jordans.” It seems like times are potentially changing.

England’s Lionesses next face Norway in the group stages of the Women’s Euros on Monday 11 July.