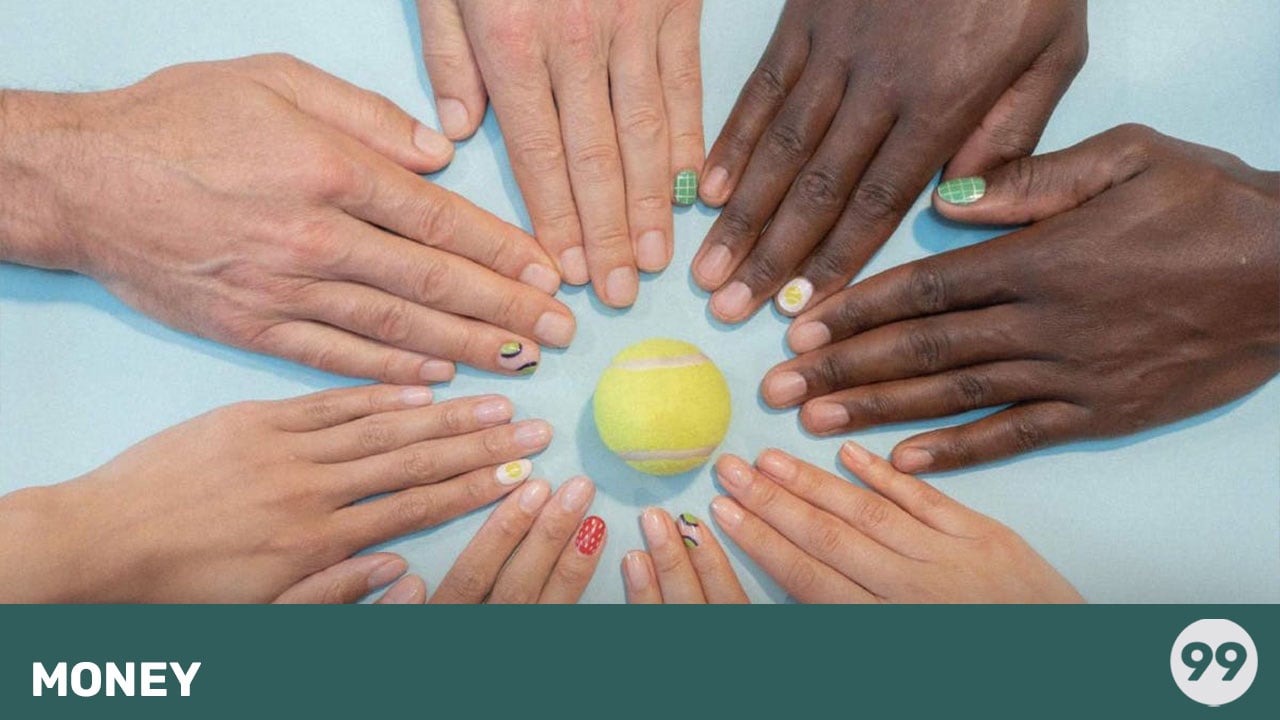 Two-time Wimbledon champion, Andy Murray, has created a collection of gender-neutral nail art designs. Yes, you did read that right.

To curate his Wimbledon-inspired nail art designs, Murray has collaborated with celebrity manicurist Michelle Humphrey and American Express. The former has worked with everyone from Lily Allen to Naomi Campbell. Now, she’s also adding the Grand Slam star to her roster.

The purpose of the limited-edition nail art designs is to act as a Wimbledon Championships souvenir.

In a press release Humphrey says, “We really wanted these nails to be like a souvenir you can take home from Wimbledon, without having to lug anything from the shop.”

“We tried and tested lots of different designs that would best reflect Wimbledon. We nailed it down to four,” she continues. “the Wimbledon logo…then we have a cute tennis net in green and white, one that is an ode to strawberries and cream (but not with the green bit on the top because that felt a little 2004), and a mini tennis ball too.”

If you’re at Centre Court this year, you can get complimentary manicures at the American Express Fan Experience. Having a garden Grand Slam soiree instead? You can also recreate the nail art designs in the comfort of your own home.

Regarding the manicures, Murray says, “If I were to have any of the looks, I would go for the striped Wimbledon colours. I think they are a sweet but still trend-led nod to the Championships.”

Murray also took to Twitter to say, “To celebrate The Championships, @wimbledon I tested out some nail art by @nailsbymh and helped inspire a limited-edition range of nail art designs that capture some of my best Wimbledon memories. Head down to the @americanexpressuk Fan Experience at @wimbledon to try it out.”

The Wimbledon manicure collection is aimed at everyone, regardless of gender. Spanish tennis player, Feliciano Lopez, praised the collaboration by commenting, “looks great” on the Tweet.

Elsewhere, an amateur tennis player writes, “Damn, son, with every day that passes by, you steadily become somebody cooler and more fun and also quietly going about your progressive journey – if that’s what this even is – with respect for others + an open-mindedness in a sport that is… Oddly not so much. I love you man!”

So, can we expect to see Murray playing in the Grounds this week with a fresh manicure? We hope so. Eagle-eye viewers, let me know.

For more information on the American Express Fan Experience, visit their website.