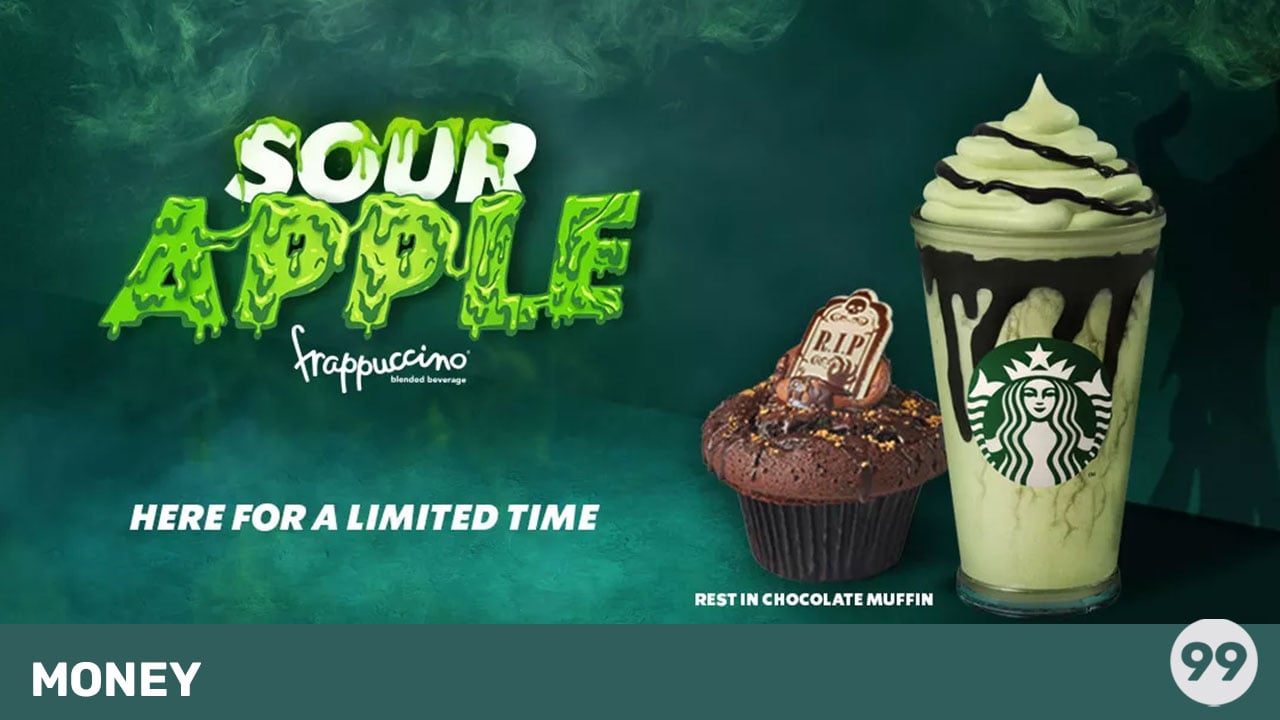 If you’re looking to tap into the spooky season, then why not indulge in one of the coffee house’s new Halloween drinks or sweet treats?

Arguably the most exciting Halloween menu addition is the Sour Apple Frappuccino. It has a ghoulish-green cream base, made using sharp sour apple powder and four pumps of cream, and a black mocha syrup finish.

As per a press release, Starbucks describe the Halloween Frappuccino as, “Spine-tinglingly good! Sharp sour apple candy flavours combined with our creme Frappuccino base and finished with a spooktacular black drizzle.”

According to Delish, the Starbucks Sour Apple Frappuccino is retailing in stores for £4.15.

However, the radioactive-coloured drink isn’t the only new item on the Starbucks Halloween menu. Introducing the Halloween treats.

The Rest In Chocolate Muffin

Elsewhere you’ll find a Gingerbread Skeleton Biscuit and a  Rest in Chocolate Muffin.

The latter is described as a, “chilling chocolate muffin filled with chunks of dark chocolate and injected with smooth, rich chocolate for a sticky centre. Topped with icing and a spooktacular white chocolate tombstone,”

Obviously, alongside these Starbucks Halloween treats, the Pumpkin Spice Latte is still available to purchase. This year, the autumnal staple is joined by the new Pumpkin Cream Cold Brew.

The Pumpkin Cream Cold Brew is made using a cold brew that’s been steeped for 20 hours. According to the site, the coffee is then “sweetened with vanilla syrup and topped with a pumpkin cream cold foam and a dusting of pumpkin spice topping. Creamy balanced and uplifting.”

The Starbucks Halloween menu is only available for a limited time in most stores and also Drive Thurs across the UK. However, once it’s gone – it’s gone for good.

Outside the realm of food and drink, you can also get your hands on a limited edition Starbucks Pumpkin Mug and a Glow In The Dark Reusable Cold Cup.