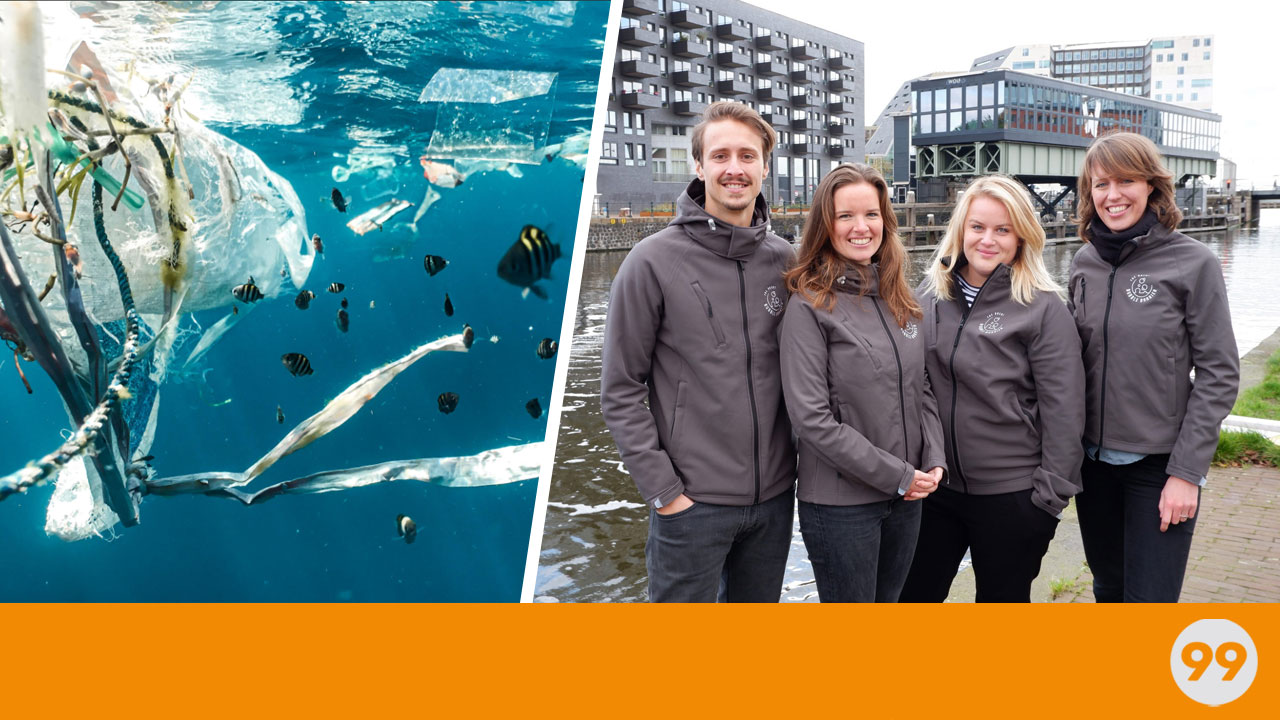 How to stop plastic pollution and save the world with bubbles

This new female-led invention could stop plastic pollution for good!

Bubbles – great for Sunday-self care sessions, better for easing the climate crisis. The Great Bubble Barrier is on hand to stop plastic pollution, one bubble at a time.

When it comes to global warming, there’s a lot of noise to cut through. One thing that is indisputable, however, is that change needs to happen, and it needs to happen fast.

Introducing The Great Bubble Barrier. By harnessing the power of bubbles, this Netherlands-based company is essentially saving the planet. Since its conception, the company’s main mission has been to limit plastic pollution in our oceans. The idea of a plastic sea doesn’t have to become the earth’s reality.

If you search ‘River pollution US’ or ‘River pollution UK’, the results are wild. According to NRDC, the U.S Environmental Agency says, “nearly half of our rivers and streams and more than one-third of our lakes are polluted and unfit for swimming, fishing and drinking”. In addition, UK parliament committees say, “single-use plastics…often coated with chemicals that can harm aquatic life – are clogging up drains and sewage works and creating ‘wet wipe reefs’ in rivers.”

Furthermore, The Ocean Conservancy also claims that every year, 8 million metric tons of plastics enter our oceans. However, once plastic enters the ocean, it’s almost impossible to retrieve. Therefore, The Great Bubble Barrier tackles ocean pollution at its source. They concentrate on removing plastic pollution from rivers and canals. This is to stop single-use plastics ever appearing in our oceans in the first place.

How to stop plastic pollution in the ocean

There’s been a few ideas on how we, as the public, can help fight plastic pollution. From reusable cups, to this Augmented Reality Instagram filter that shows damage of plastic pollution on our oceans, the trend of placing the climate crisis at the foot of the public seems to be never-ending.

Like it says on the tin, this Bubble Barrier stops plastic leaving waterways and entering oceans. This is achieved by pushing “air through a perforated tube placed on the bottom of a river which then creates a ‘bubble curtain’.”

With its diagonal placement, this tube “generates a screen of bubbles that blocks plastics and directs and suspends plastic to the surface”. The rising bubble curtain then pushes plastic up to surface level.

Once risen, waste is then collected by the The Great Bubble Barrier’s catchment systems. These innovative catchment systems live on canal and river edges. Their position is calculated as to avoid damaging ecosystems. Did you know they can actually stop plastic as small as 1mm entering the ocean?

This tube, bubble curtain and catchment system work in harmony to make up The Great Bubble Barrier. Right now there’s just two in place across The Netherlands. However, the company are excitingly branching out for the first time this summer.

In the five years since The Great Bubble Barrier was founded by Anne Marieke Eveleens, Francis Zoet and Saskia Studer, there are two installed across The Netherlands. Excitingly however, the first Bubble Barrier outside of the country is coming in summer 2022.

Regarding the forthcoming Bubble Barrier, the Dutch start-up said, “Over the past five years, we have developed the best and most energy-efficient solution for using bubbles to trap and remove plastics from waterways.”

The third bubble curtain is set to become operational in an undisclosed location in Porto. This region has been selected as, according to The Great Bubble Barrier, “the region hosts two of the most plastic polluted rivers in Portugal ‘. The company also states that the installation’s aim will be to prevent “riverine plastic pollution finding its way into the Atlantic Ocean”.

This expansion comes after the Centre for International Environmental Law forecasted plastic production to “grow by 60% by 2030 and treble by 2050.”

The forthcoming Porto Bubble Barrier will operate as part of project MAELSTROM. Standing for Marine Litter Sustainable Removal and Management, MAELSTROM is a co-funded project by the European Union. Its main mission, according to Cordis, is to “identify, remove, sort and recycle all types of collected marine litter into valuable raw materials.”

The Porto region bubble curtain is in partnership with the ENGIE Foundation. The foundation, which supports biodiversity, says, “The Bubble Barrier could reduce approximately 86% of all plastics from flowing into the Atlantic Ocean each year coming from a river in this region”.

The Porto Bubble Barrier comes off the back of the Amsterdam and Wervershoof barriers’ successes. It is expected to be in operation during summer 2022.

How to stop plastic pollution

How to help stop plastic pollution?


The Great Bubble Barrier is a group of individuals passionate about protecting the planet. With a staggering 80% of ocean-based plastic coming from land, it’s never been more essential to become an eco-warrior. By doing your bit for mother earth, we can prevent plastic from ever entering these waterways in the first place. 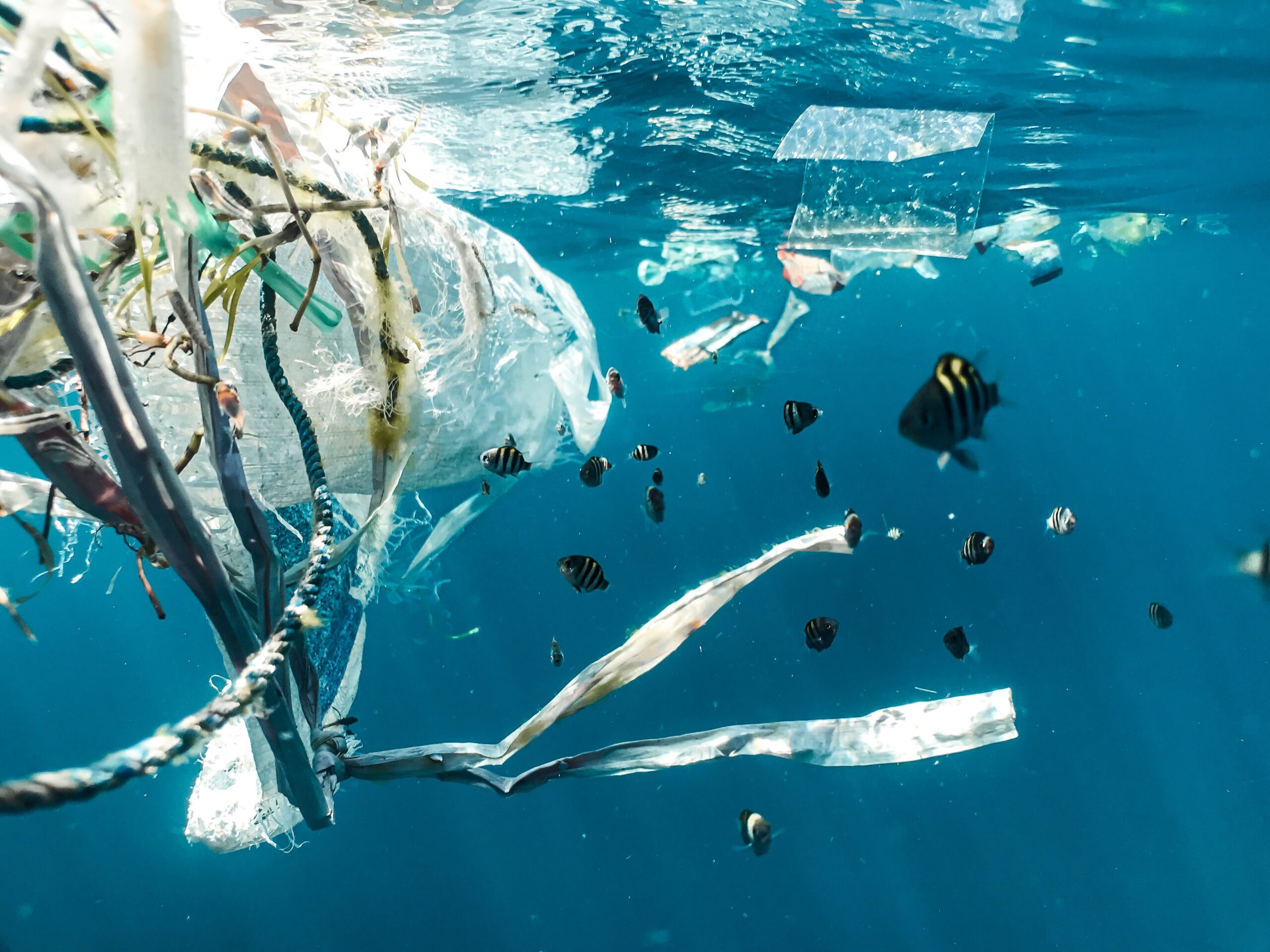 How to recycle easily?


One of the easy ways to stop plastic pollution is to recycle. From putting your 100% recyclable Coca-Cola bottles into the correct bin after use, and being mindful of the recycling symbol guidelines, it’s so easy to start preventing plastic waste every day.

How to cut out single use plastics?

As well as recycling, we could also try to cut out single-use plastic from our daily lives. Think simple swaps like using a stainless steel water bottle (like this one from 24 Bottles) instead of a plastic bottle. Why not make a habit of handing your barista a KeepCup for your creamy oat milk latte?

While KeepCup rightly say “we can’t purchase our way to a sustainable planet”, we can make little changes instead. If we can help stop plastic pollution on land, the extraordinary work that The Great Bubble Barrier does in the water will be so much easier.
In the current climate, every little thing really does help.