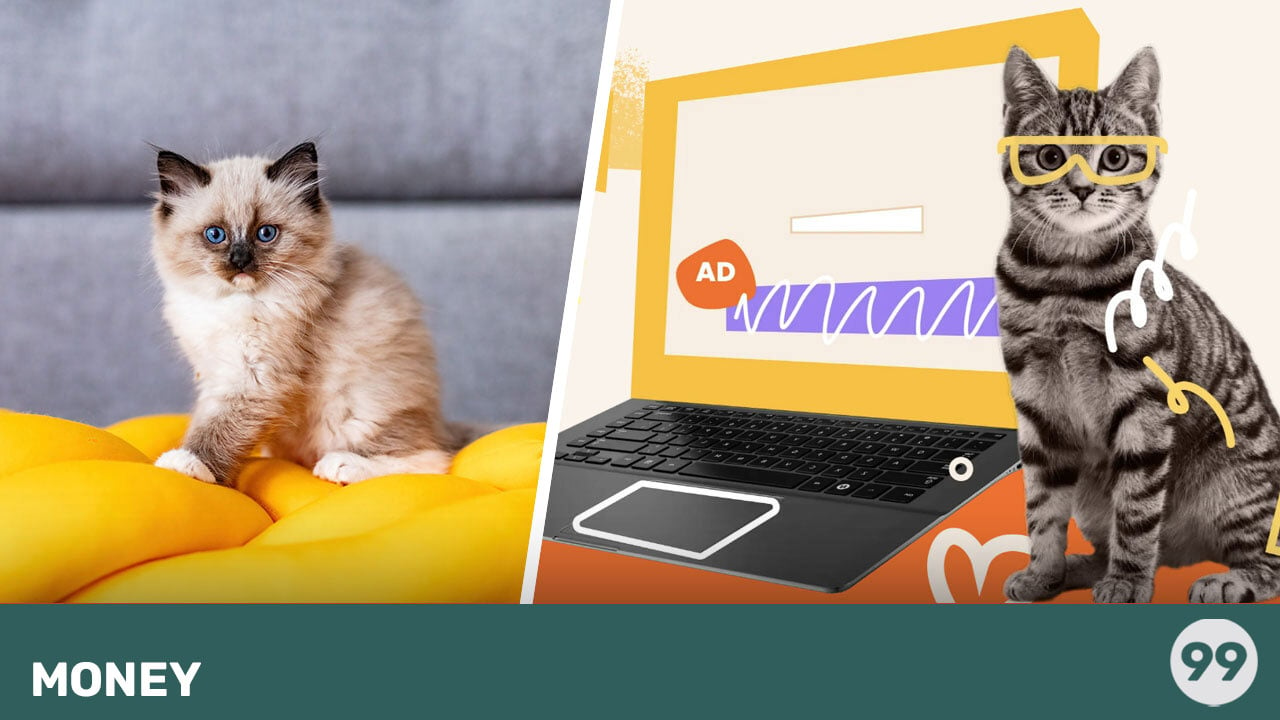 How Your Online Shopping Can Easily Raise Money For Shelter Cats

Shopaholic saves kittens has a good ring to it.

Are you a serial tabber? Someone with 45 websites and online documents open at all hours? If you are, then you can start to successfully turn your internet addiction into a wholesome way to help kittens and tab-by cats get adopted. Introducing Tab for Cats.

Tab for Cats is firstly an installable Google Chrome browser extension. Its main purpose is to raise money for shelter cats and kittens awaiting adoption.

According to the ASPCA, there are approximately 3.2 million furry felines currently impounded across the U.S. This staggering statistic shows that it’s truly never been a better time to raise funds and help cats and kittens alike find their fur-ever homes.

If Tab for Cats is a new concept for you, then its parent branch, a Tab for a Cause may be familiar. Much like Ecosia and giveWater, Tab for a Cause is an installable Google Chrome browser extension. Its main purpose is to raise money for non-profit organisations such as Room to Read and Humans Rights Watch.

Described by the USA Times as “one of the simplest ways to raise money”, Tab for a Cause’s Google Chrome extension has raised over $1.4 million and has helped to build libraries and finance schools since 2012.

Next up, the powerhouse is turning its attention to cat shelters.

A post shared by Tab For A Cause (@tabforacause)

Tab for Cats, founded in 2012, is an easy and effortless way to start raising money for rescue kittens. Your money will help get cats across the country to become adopted. You can easily do this by adding Tab for Cats as an approved Google Chrome extension.

According to the Tab for Cats site, their main mission is to “make giving back easier than ever” through their partnership with The Jackson Galaxy Project. The public nonprofit organization was founded in 2014 by the popular cat behaviorist and TV personality Jackson Galaxy, aiming to improve cat adoptability and make sure shelters across the U.S are treating their shelter cats correctly.

“Tab for Cats really is the easiest way to help shelter cats – and it’s free. It’s a win-win!”

“Tab for Cats is technology at its finest. A simple and free way to support cats just by spending time online. It is a great way for anyone to make a real difference.”

How to start saving shelter cats

So, you know the details, but how can you start using Tab for Cats and begin raising money for sheltered cats?

To start improving animal welfare across the U.S, simply download the Tab for Cats extension into your Google Chrome browser. After verifying your email address, Tab for Cats will begin generating funds for shelter cats. It really is as easy as that!

Your contributions are generated by running non-intrusive third-party advertisements on your browsing tab.

So, when you’re scrolling through the hottest goss and checking out the ‘Sale’ sections of your favorite clothing sites, you’ll automatically be raising money for sheltered cats and the other charitable causes!

I get you, whenever someone says ‘more adverts’, you might be getting ready to close out of this page. Don’t panic! We’ve tried it out for you – we usually only got between 3-5 adverts when we opened a new tab. According to Tab for a Cause “a single tab generally raises between 1/10 and 1 cent ($USD) for charity” through ad revenue. The feel-good exchange is more than worth it!

Tab For a Cause Funds

Currently, users of Tabs for Cats and Tab for a Cause have raised over $1.4 million in aid of cat rescue. 30% of this money raised solely by internet users is then sent to finance feline wellbeing. Funds also benefit other chosen charity partners. These include United We Dream, Save the Children and Action Against Hunger.

Tabs for Cats are extremely transparent on how they spend and donate the funds they’ve gathered through their internet extension. According to the Q4 2021 Revenue summary, Tabs for Cats raised $65,780.10 for charities. These charities include Conservation International and Room to Read.

Regarding their financials, Tab for a Cause said

“if you’re skeptical about where the funds are actually going, don’t worry, they provide this information quarterly to whoever is interested. You can view these documents here.”

For more information of how Tabs for Cats have specifically used and donated funds created from the google Chrome extension between 2012 – 2021, see here.

It also turns out that we are not the only ones obsessed with Tabs for Cats! Twitter fans have also been going wild for the Google Chrome extension –

Tab For a Cause Hearts

Alongside delivering money to cat shelters across the U.S, you can also support other charities through your browsing habits. Tab for a Cause has recently introduced ‘Hearts’. These hearts are an online ‘currency’ that you gain by referring friends, new users and for basically being on the internet.

Furthermore, the more tabs you open and the more people who download Tab for a Cause and Tab for a Cat, the more Hearts you will receive. You can then donate these currency Hearts to any charities you personally want to support or feel an affinity towards.

The Hearts scheme also allows you to level up! Meaning more Hearts, more donation, and a larger chance of helping the charities who need it most.

Tab for a Cat is a Google Chrome extension by Tab for a Cause. I’ts free and available to install now. So, are you ready to change the world?