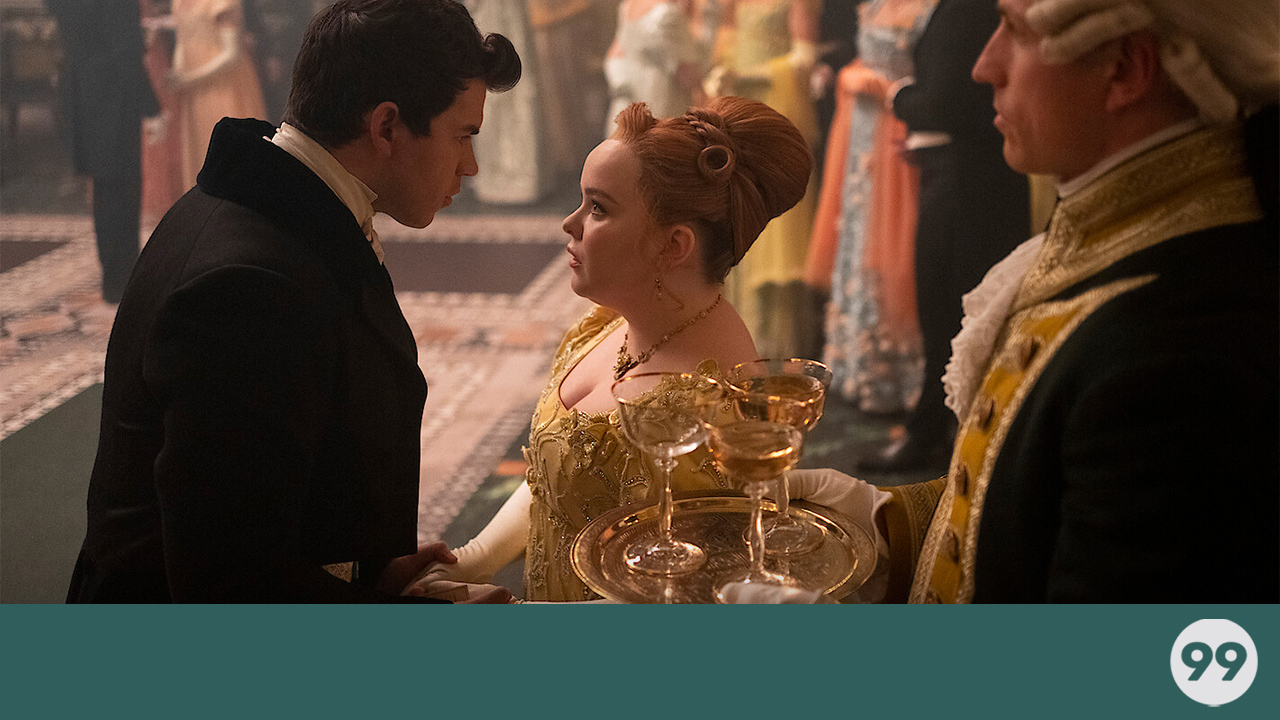 The object of all my desires is back.

We already know that Bridgerton season three will bring Colin and Penelope’s romance to its peak. However, now have solid confirmation that filming for the third instalment is also officially underway.

Netflix has dropped a teaser montage, giving us a behind-the-scenes first look at our favourite Bridgerton characters.

However, that isn’t all that Netflix has treated us to this week.

Alongside the teaser montage, the streaming giant has revealed a juicy new season synopsis. It’s fair to say we’re simply swooning with anticipation.

“Penelope Featherington (Nicola Coughlan) has finally given up on her long-held crush on Colin Bridgerton (Luke Newton) after hearing his disparaging words about her last season. She has, however, decided it’s time to take a husband, preferably one who will provide her with enough independence to continue her double life as Lady Whistledown, far away from her mother and sisters.”

“Meanwhile, Colin has returned from his summer travels with a new look and a serious sense of swagger. But he’s disheartened to realize that Penelope, the one person who always appreciated him as he was, is giving him the cold shoulder. Eager to win back her friendship, Colin offers to mentor Penelope in the ways of confidence to help her find a husband this season. But when his lessons start working a little too well, Colin must grapple with whether his feelings for Penelope are truly just friendly.”

The statement concludes by referencing how Penelope and Eloise’s (Claudia Jessie) relationship currently stands. Bridgerton-lovers will remember that at the end of Bridgerton season two, Eloise deduced that Penelope was in fact Lady Whistledown.

The plot synopsis continues, “Complicating matters for Penelope is her rift with Eloise, who has found a new friend in a very unlikely place, while Penelope’s growing presence in the ton makes it all the more difficult to keep her Lady Whistledown alter ego a secret.”

So, can we expect a Colin-Penelope end game in Bridgerton season three? Will Penelope and Eloise mend their relationship? And the real question is, will Rege-Jean Page be returning to his role as The Duke?

According to Page himself, however, the likelihood of him returning as The Duke is slim.

In a conversation with Deadline, Page said that he’s open to his role in the fantasy period drama being recast.

Bridgerton season three is currently filming however, there are no solid release dates as of yet.