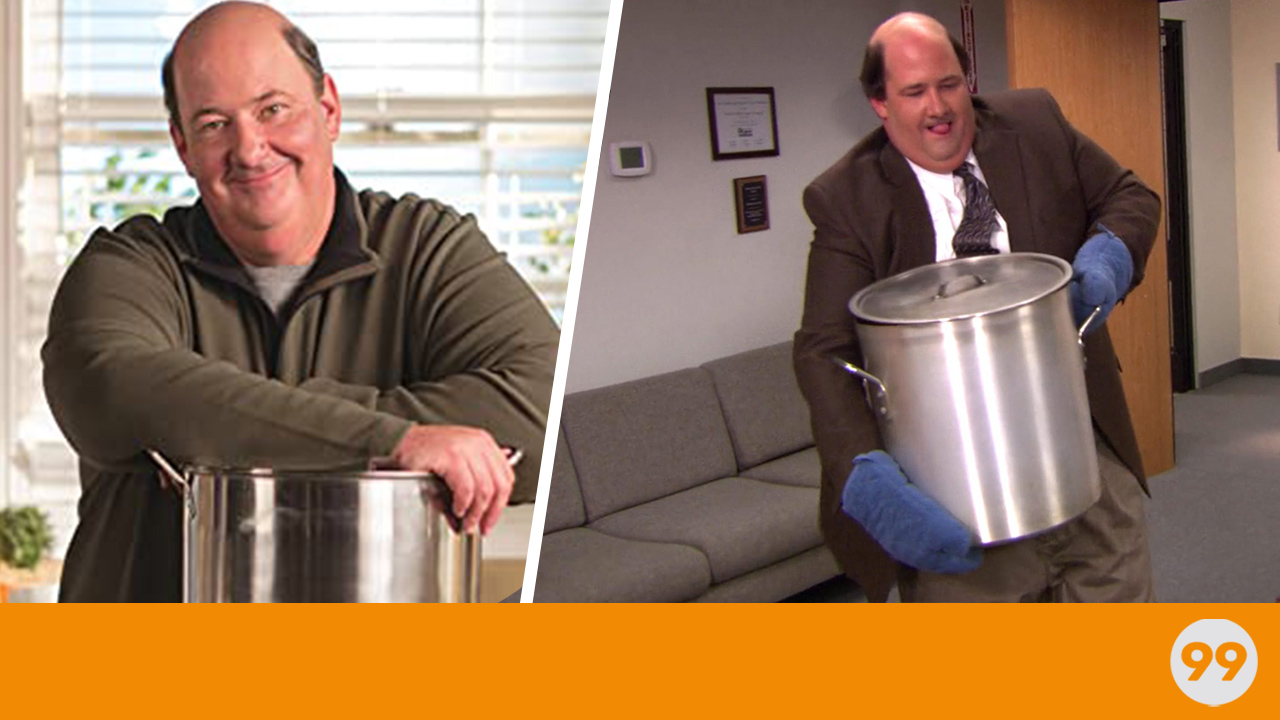 Kevin from The Office is releasing a dedicated chilli cookbook

In a move that nobody saw coming, Kevin from The Office is releasing a dedicated chilli cookbook on September 13.

The new recipe collection from Kevin Malone (aka Brian Baumgartner) is titled the Seriously Good Chilli Cookbook and features ‘177 of the best recipes in the world.’

The Office actor took to his personal Instagram to reveal the news of his latest endeavour.

”Ok everybody! It’s happening!!!!! The Chili Cookbook I have been working on for so long is here! Releasing September 13th- just in time for Chili Season. Pre- Order today. So many cool special features I can’t wait for you all to see it in person!!!”

The cookbook is a nostalgic callback to *that* episode where Kevin spills an entire pot of chilli over The Office floor.

To further cement the iconic television moment, Baumgartner has even got former Dunder Mifflin accountant Oscar Martinez (aka Oscar Nunez) to write the book’s foreword.

However, the main attraction is of course the official ‘Kevin’s Famous Chilli’.

The ‘Kevin Famous Chilli’ recipe has been taken directly from The Office. You’ll be pleased to know however that ‘spill on the carpet and scoop back into the pot with your hands’ is not an included instruction.

It’s the perfect present for The Office obsessor or chilli chef in your life. You can pre-order Kevin from The Office’s Seriously Good Chilli Cookbook now.