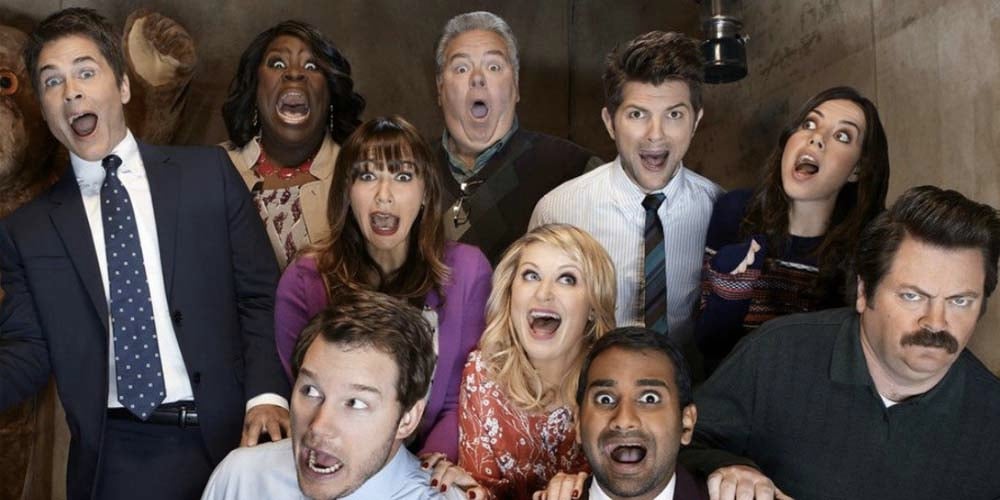 This is the reunion we all need right now!

Parks and Recreation is officially coming back for a one-off special! The 30-minute episode will include all of our favourites: Amy Poehler, Rashida Jones, Aziz Ansari, Nick Offerman, Aubrey Plaza, Chris Pratt, Adam Scott, Rob Lowe, Jim O’Heir, and Retta.

Unbelievably, it’s been five whole years since the residents of Pawnee, Indiana, left our screens. It was an emotional rollercoaster and we thought it was the end.

However, in these unprecedented times it seems that anything can happen! NCB released a statement with a hint of what’s to come, saying: “Pawnee’s most dedicated civil servant, Leslie Knope [Poehler], is determined to stay connected to her friends in a time of social distancing.”

Executive producer and co-creator of the show, Mike Schur, explained that he had sent out a ‘hopeful email’ to the cast to see if they wanted to help raise money for a COVID-19 response fund. He explained: “Like a lot of other people, we were looking for ways to help and felt that bringing these characters back for a night could raise some money,

“I sent a hopeful email to the cast and they all got back to me within 45 minutes,

“Our old Parks and Rec team has put together one more 30-minute slice of (quarantined) Pawnee life and we hope everyone enjoys it. And donates!”

The money raised from the episode will be donated to Feeding America’s COVID-19 Response Fund.

Lisa Katz and Tracey Pakosta, co-presidents of scripted programming at NBC Entertainment, said: “In such uncertain times, we can’t think of anyone better than Leslie Knope to unite our country with her unbridled enthusiasm and compassion,

“A huge thank you to Mike Schur and the cast of ‘Parks and Recreation’ for putting this wonderful special together and bringing a smile to all our faces while raising money for such a worthwhile cause.”