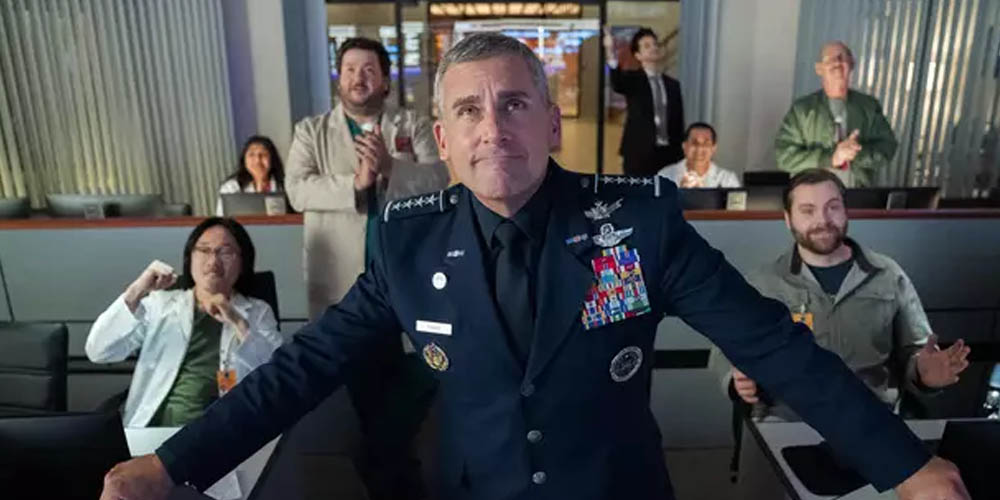 Not only that, but the streaming service has also revealed that Friends actress Lisa Kudrow has also joined the cast, and will star as Carell’s on-screen wife.

Her character’s name is Maggie Naird, while her husband (Carell) is General Mark R. Naird.

Another alumni of The Office, Howard Klein, is involved in the project as executive producer.

The official synopsis for Space Force reads: “A decorated pilot with dreams of running the Air Force, four-star general Mark R. Naird (Steve Carell) is thrown for a loop when he finds himself tapped to lead the newly formed sixth branch of the US Armed Forces: Space Force,

“Skeptical but dedicated, Mark uproots his family and moves to a remote base in Colorado where he and a colourful team of scientists and ‘Spacemen’ are tasked by the White House with getting American boots on the moon (again) in a hurry and achieving total space dominance.”

Space Force is available to stream on Netflix on 29 May.