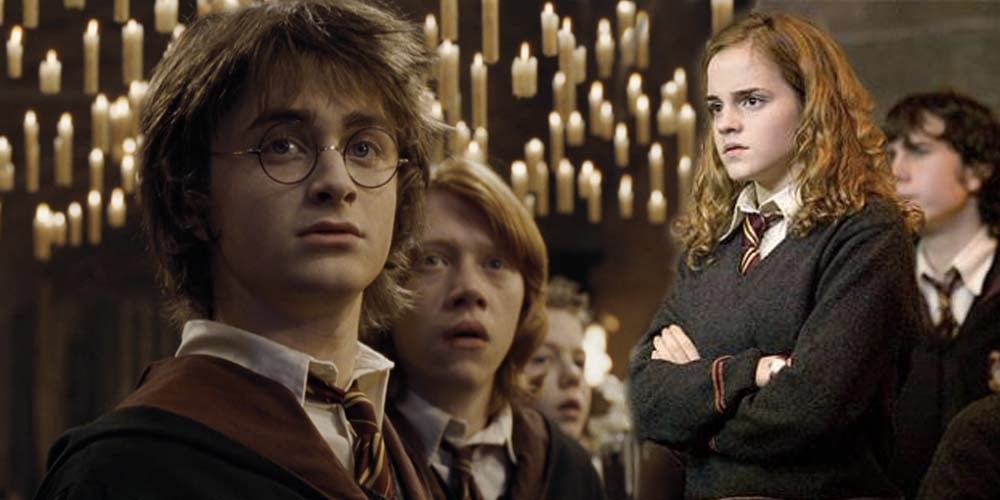 For those of you who are Harry Potter fans (which hopefully is everyone), you’ll probably know the books and/or movies off-by-heart.

Every scene is engrained in your brain – right? WRONG.

A TikTok user by the name of Kirstina Marie Claire recently discovered a deleted scene in Harry Potter and The Goblet of Fire – and it’s blowing our minds.

Before you mention it, yes. This scene is in the book. However, fans are claiming it’s in neither the original movie nor the extended version. So where’s it come from?

She uploaded the clip with the caption: “Part of a video to my cousin, another big HP watcher. I was thrown for a loop when this happened its a little cringe ngl #harrypotter #hp“

Part of a video to my cousin, another big HP watcher. I was thrown for a loop when this happened its a little cringe ngl ##harrypotter ##hp

In the scene, the Hogwarts’ student begin singing the school song – Hoggy Warty Hogwarts, in response to the amazing introductions from the other schools.

Dumbledore starts the singing session by saying: “Hogwarts, let’s entertain our guests the best way we can . All stand! Maestro please. The students then sing: “Hogwarts Hogwarts, Hoggy Warty Hogwarts, teach us something please. Whether we be old and bald or young with scabby knees. Our heads could do with filling, with some interesting stuff, for now theyre bare and full of hair, dead flies and bits of fluff.”

The clip has racked up 67.8K likes and 1638 comments at the time of writing, with many fans just as mind-boggled as us with this new revelation.