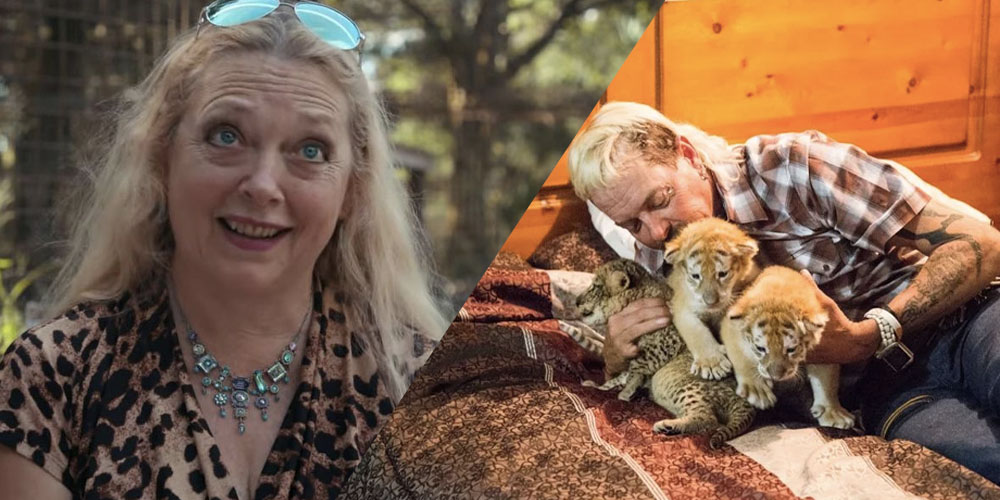 Carole Baskin Will Not Appear In ‘Tiger King Reunion Episode’

The final episode saw Joe behind bars after being convicted for his part in a murder for hire plot against Carole. One of the biggest twists came early on in the series with the revelation Carole’s first husband vanished under mysterious circumstances.

We’ve since found out that a reunion episode of the documentary is apparently on its way, but the Big Cat Rescue owner, 58, has said that she wasn’t approached and wouldn’t participate.

Speaking to Entertainment Weekly, Carole’s representative said: “We have not been approached about a new episode and would not participate if asked.”

Although Netflix has not officially confirmed that the reunion is happening, 67-year-old Jeff Lowe took to Twitter to share the news. In a video, he said: “Netflix is adding one more episode, it will be on next week, they’re filming here tomorrow.”

Joe Exotic’s husband Dillon spoke to Andy Cohen during his SiriusXM show, saying: “It’s going to be a live episode, kind of like a reunion. Netflix didn’t contact me to be a part of that.”

Carole has released a lengthy blog post regarding the original Netflix documentary, and slammed any suggestion that she was in any way involved with the disappearance of her ex-husband.

She wrote: “Don was not easy to live with and like most couples, we had our moments. But I never threatened him and I certainly had nothing to do with his disappearance. When he disappeared, I did everything I could to assist the police. I encouraged them to check out the rumors from Costa Rica, and separately I hired a private investigator. Robert Moors Wondery Podcast ‘Joe Exotic’ included discussion of Dons disappearance but was much more honest and fair in their treatment of it. They ended the discussion by pointing out that the investigator told them that, in their dealings with me, she was courteous and there was nothing that jumped out at me in terms of her demeanour that to make me think that she was not giving us accurate information or hiding anything.”

You can read her full statement here.