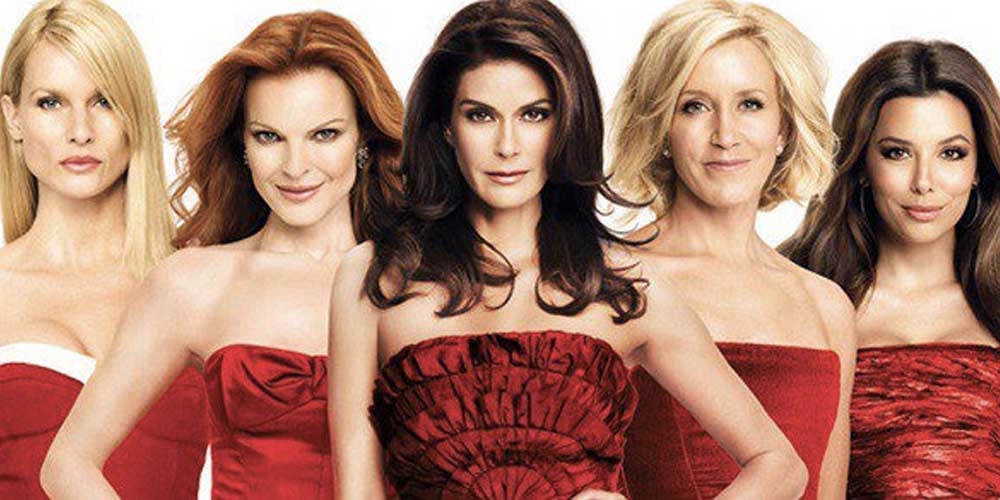 A Desperate Housewives reunion is happening, and it’s being live-streamed this Sunday!

Although things may seem a bit glum at the moment, things like this are really getting us through this unprecedented time.

Most of the cast will be reuniting for a livestream episode of Stars in the House this Sunday, 12th April.

Deadline reports that casts of other shows – including Barrie, Jessie, and Young Sheldon – will also be reuniting for the same charity.

The website also says that cast members Marcia Cross, Vanessa Williams, Brenda Strong, Dana Delaney, and Eva Longoria will all be involved in the reunion.

However, Felicity Huffman and Teri Hatcher won’t be involved.

Huffman may not come as a big surprise to most people, as she (alongside another 50 people) were recently arrested in connection with the largest college admission scam in American history.

The alleged scam which involved students being placed into top colleges such as Yale, Georgetown, Stanford, University of Southern California, UCLA and the University of Texas – saw fake athletic profiles created to give the false impression that applicants were student athletes.

Loughlins two daughters were allegedly designated as recruits for USCs crew team  even though neither girl had ever participated in crew.

The scam was reportedly run by a man in California, William Rick Singer allegedly helped parents get their kids into the schools through bribes, court documents showed.

In other instances, parents bribed administrators of college entrance exams. In the case of Huffmans daughter, she was given twice the amount of time usually given to students taking the SAT, and a proctor later corrected her wrong answers.

Huffman is best known for her role as Lynette Scavo on Desperate Housewives, for which she won an Emmy for Best Actress. Loughlin portrayed Rebecca Donaldson in ABC sitcom Full House.