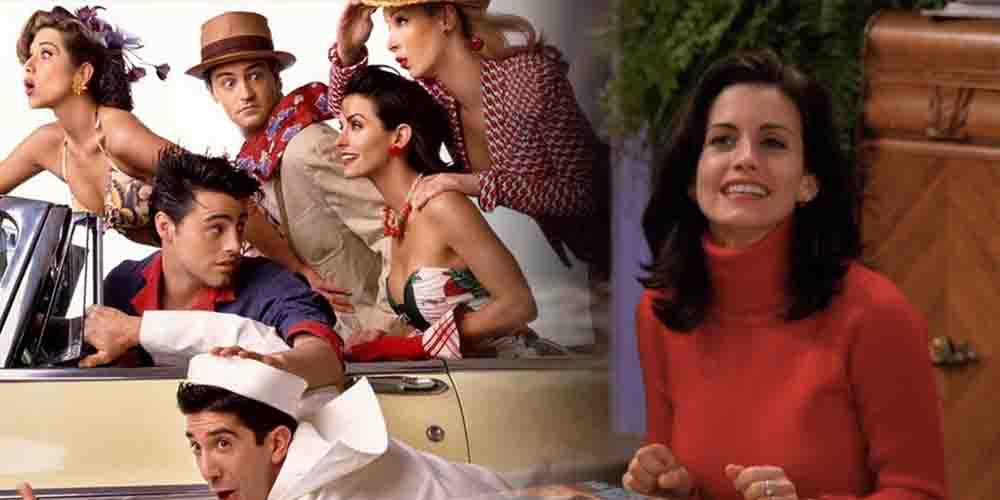 Could I BE any more excited?!

As the Coronavirus pandemic continues, many television and film productions are being put on hold until further notice – and that means the long-awaited Friends reunion is one of those that we’ll be waiting a while longer to see.

However, in more exciting news, Friends fans can now win VIP tickets to the reunion when it takes place – PLUS you get to meet the cast!

It’s all in aid of All In Challenge, an amazing cause that raises money for charities that give food to those in need. In a cute twist, the winner will be able to bring along five friends with them.

Winners also get a hotel stay and six tickets to the VIP Friends Experience at the Warner Brothers Studio Tour in Los Angeles.

All of the money raised will go to Feeding America, Meals On Wheels, World Central Kitchen, and No Kid Hungry.

According to The Hollywood Reporter, the unscripted special set to be released on HBO Max was due to be filmed in March at the Warner Bros Studio in Burbank. Production has reportedly been halted until May at the earliest.

Courteney Cox recently confirmed some details about the upcoming special. In an interview with comedian Kevin Nealon on his show, Hiking With Kevin, she spoke out for the first time about what fans can expect.

“So the exciting thing is that were all going to get together for the first time, in a room, and actually talk about the show, she said, “And its going to be on HBO Max, and Im so excited.”

Were going to have the best time. Its going to be great, Cox continued. But we really havent all done that and actually sat there and talked about and reminisced about this incredible experience that we had. Its gonna be fantastic.

So that confirms that this will 100% not be a brand-new episode featuring the fab five as their characters, but instead an unscripted talk show style episode. UK readers might be reminded of a similar situation that happened with The Inbetweeners at the end of 2018.

When news first emerged that The Inbetweeners were getting back together, it sounded like a dream come true.

Yet the resultant panel show style conversation with the Jimmy Carr went down like a led balloon; series star James Buckley (Jay) was forced to apologise after a dismal audience reaction.

Hopefully the Friends cast can bring some fantastic stories out of the bag – having all of them together is a big deal after all, and we might be about to learn facts about the show we’d never known before!

So whilst it isn’t the new episode so many have hoped for, it is still a reunion and could we BE any more excited about it?!