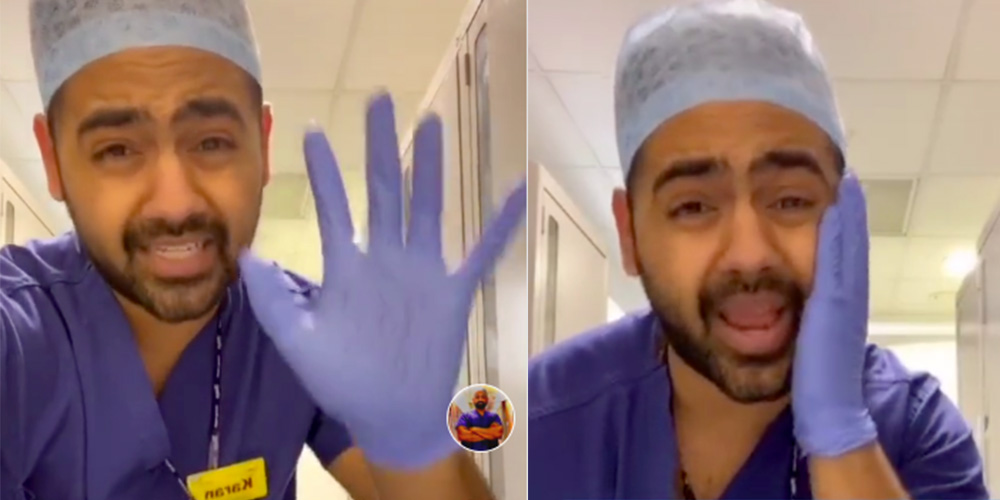 Doctor Explains Why You Shouldn’t Wear Gloves To The Supermarket

Thousands of people have watched his video.

An NHS doctor has taken to TikTok to explain why you shouldn’t wear gloves to the supermarket.

Dr Karan Rangarajan has gone viral on the video-sharing platform, after explaining that regularly washing your hands and not touching your face is a much more effective way than wearing gloves.

He says: “Youve got your gloves, youre at the supermarket, youre touching things  there you go germs,

“You keep touching more things throughout same day with these same gloves, germs everywhere. Youre accumulating germs. Your glove is now more full of germs than your hand wouldve been if you washed each time,

This comes after Shenzhen became the first Chinese city to ban the sale and consumption of dog and cat meat following coronavirus.

For decades, animal rights activists have called on the country to bring in the ban.

Chinese authorities decided to ban the trade and consumption of wild animals after the origin of coronavirus was linked to wildlife meat. However, Shenzhen decided to include cat and dog meat in this ban, with it coming into law on May 1.

Across the country, anyone caught breeding, eating or selling wild animals (like snakes and lizards) could be fined up to 150,000 yuan (£17,036). Shenzhen has extended this to the household pets.

Reuters reports that the Shenzhen city government said: “Dogs and cats as pets have established a much closer relationship with humans than all other animals, and banning the consumption of dogs and cats and other pets is a common practice in developed countries and in Hong Kong and Taiwan,

“This ban also responds to the demand and spirit of human civilization.”

It’s a misconception that dog meat is eaten regularly in China, with BBC reporting that the majority of Chinese people never trying the meat, and saying that they wouldn’t want to.

However, 10 million dogs are killed in Asia per year for meat, according to the Humane Society International. HSI’s China policy specialist, Dr Peter Li, said: “This really could be a watershed moment in efforts to end this brutal trade that kills an estimated 10 million dogs and 4 million cats in China every year,

“The majority of these companion animals are stolen from peoples back yards or snatched from the streets, and are spirited away on the backs of trucks to be beaten to death in slaughterhouses and restaurants across China.

“Shenzhen is Chinas fifth largest city so although the dog meat trade is fairly small there compared with the rest of the province, its true significance is that it could inspire a domino effect with other cities following suit. Most people in China dont eat dog or cat meat, and there is considerable opposition to the trade particularly among younger Chinese.

“Although World Health Organisation advice is clear that dogs and cats pose no known coronavirus threat whatsoever, its no surprise that attention is turning to this trade at this time because it undoubtedly poses a huge human health risk for other diseases such as rabies, as well as causing immense animal suffering.”