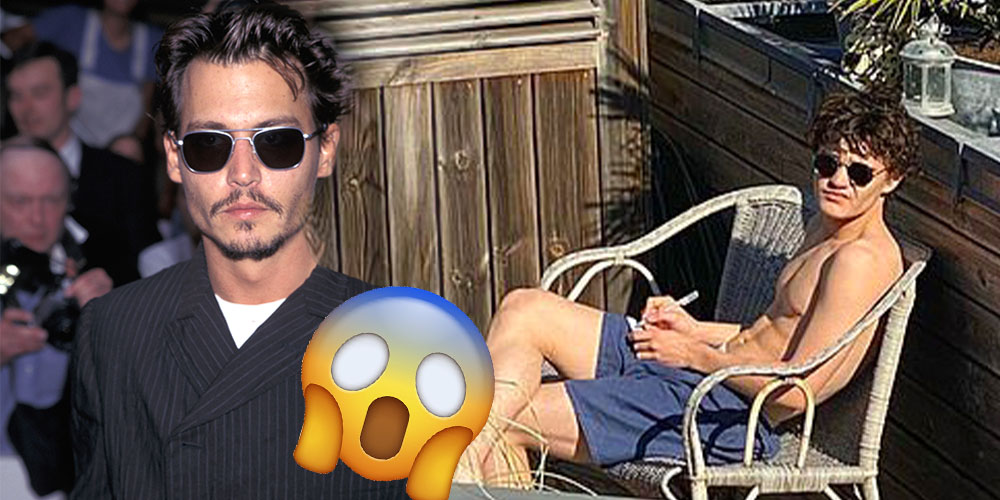 Johnny Depp’s son, Jack, recently celebrated his 18th birthday and a new picture shows that he has been blessed with his father’s good looks. In fact, he looks the double of the Hollywood actor.

The picture was shared on Instagram by sister Lily-Rose Depp, whose parents are also Johnny Depp and Vanessa Paradis.

In fact, when you compare this picture to one of his father at a similar age (21), it’s jaw-dropping. This picture was taken at the premiere of Fear and Loathing in Las Vegas.

In 2014, Johnny told the Philippine Daily Inquirer that his son didn’t want to follow in his footsteps as an actor. He said: “My boy, Jack, has always been a very talented draftsman. He draws really super well. He also plays music very well,

“He’s got a good feel for that. Aside from school plays and things, he hasn’t shown any desire to become an actor. Phew.”

Sister Lily-Rose shared an Instagram post to celebrate her brother’s birthday, writing: “My little baby Jackie is 18?My baby bro my heart and soul happy birthday I love you SO MUCH!”

My little baby Jackie is 18?My baby bro my heart and soul happy birthday I love you SO MUCH!

However, Lily-Rose has decided to pursue a career in acting. In 2019, she appeared as Catherine of Valois in The King.

During an interview with The Sun regarding the movie, she said: “My parents werent very strict. Theyve always trusted me to be independent and make my own decisions. There wasnt really ­anything to rebel against,

“They both left school when they were 15, so they cant really say ­anything. I never thought of university as my goal. Ive always just wanted to work.”

Speaking about her relationship with her father, she said: “My dad is the sweetest most loving person I know,

“Hes been nothing but a wonderful father to my little brother and I, and everyone who knows him would say the same.”