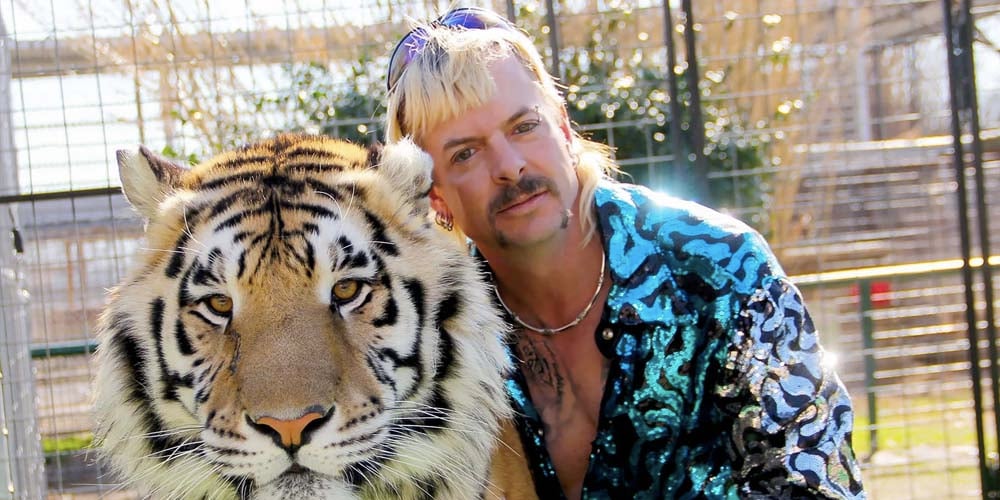 Joe Exotic In Quarantine After Coronavirus Cases Confirmed At His Prison

A previous version of this article stated that Joe Exotic had tested positive for Coronavirus. The original information from the prison has since been edited to show that he has only been placed in quarantine as a safety precaution. We apologise for this error.

Joe Maldonado-Passage (aka Joe Exotic) has been placed in quarantine following confirmed cases of coronavirus at his prison.

An earlier report on Texomashompage.com, stated he had tested positive for COVID-19 and had been transferred to a hospital. However, this is not the case. He has been put in quarantine for his own safety and so that he can properly isolate.

The 57-year-old is currently serving a 22-year sentence for animal abuse as well as attempting to take out a hitman on Carole Baskin.

Joe’s current husband, Dillon Passage, 24, had recently appeared on a radio show to talk about his incarceration and the global pandemic.

Dillon said: “Since hes been moved to this new facility, they are putting him on a COVID-19 isolation because of the previous jail he was at, there were cases.”

Tiger King is everywhere right now. You’re either talking about coronavirus, or shouting ‘Hey there cool cats and kittens!’ to your friends over the House Party app.

The shirt-hating Floridian became famous for his not quite perfect teeth. He’s now had them sorted, and he looks unrecognisable.

Whatever you think of Netflix’s Tiger King: Murder, Mayhem and Madness — we assume you’ve binged it all by now — there’s no denying Baskin is one of the series’ most divisive characters.

The dramatic climax of Tiger King saw Joe behind bars after being convicted for his part in a murder for hire plot against Carole, however, the road to the final episode was a long one. One of the biggest twists came early on in the series with the revelation Carole’s first husband vanished under mysterious circumstances. Now, Florida authorities are re-opening the case of Jack Donald Lewis.

Posting on Twitter, Hillsborough County Sheriff Chad Chronister shared an appeal and said, “Since @Netflix and #Covid19 #Quarantine has made #TigerKing? all the rage, I figured it was a good time to ask for new leads.” Chronister also posted a picture of Lewis and reminded everyone he hasn’t been seen since August 18, 1997.

I’ll admit, my Tiger King journey was quite the rollercoaster and I went from feeling for Carole to rooting for Joe. While Exotic still languishes behind bars, we’ll have to see if anything comes from the Sheriff’s investigations. The big question is, does Carole know more than she’s letting on?