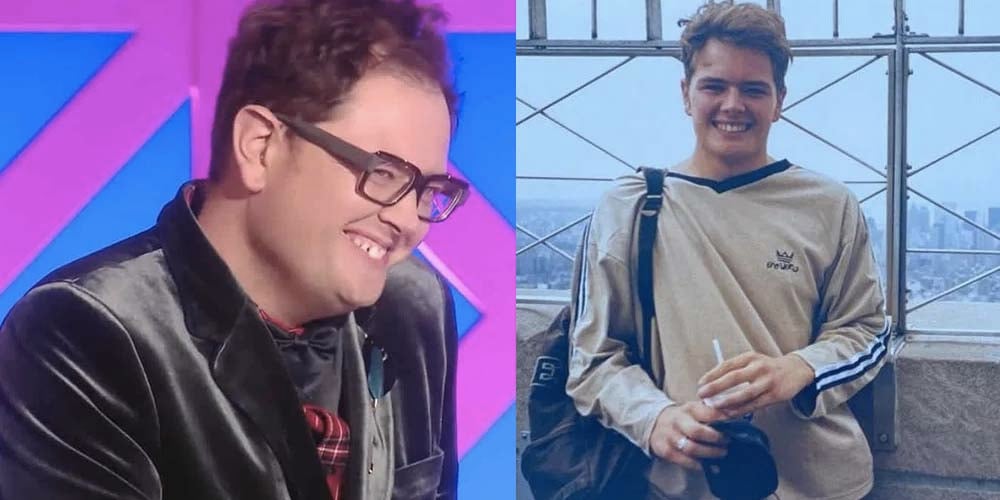 They claim he looks the 'double' of another British TV star!

Fans are shocked after Alan Carr shared a picture of him as a 20-year-old.

The picture shows the comedian on a trip to New York City, and was shared as part of a new social media trend called MeAt20. Basically, you just share a picture of yourself at the age of 20 – it’s not that deep.

Alan, who’s now 43, dug this picture out for his fans and they couldn’t help but notice that he bears a striking resemblance to a Love Island star – Curtis Pritchard.

See if you can see the resemblance…

Yep. Clearly they were separated at birth, or part of some kind of cloning experiment.

Alan captioned the post: “Bit late to the party but heres my #meat20 Where does the time go?!!!!

“I was like oh my god – theres the twin towers and then I was look oh my god Ive got a fringe!!”

Fans quickly jumped into the comment section, with one writing: “Dopple ganger for the dude that was on love island and is the brother of one of the strictly professionals…..cannot remember his name!? (sic),”