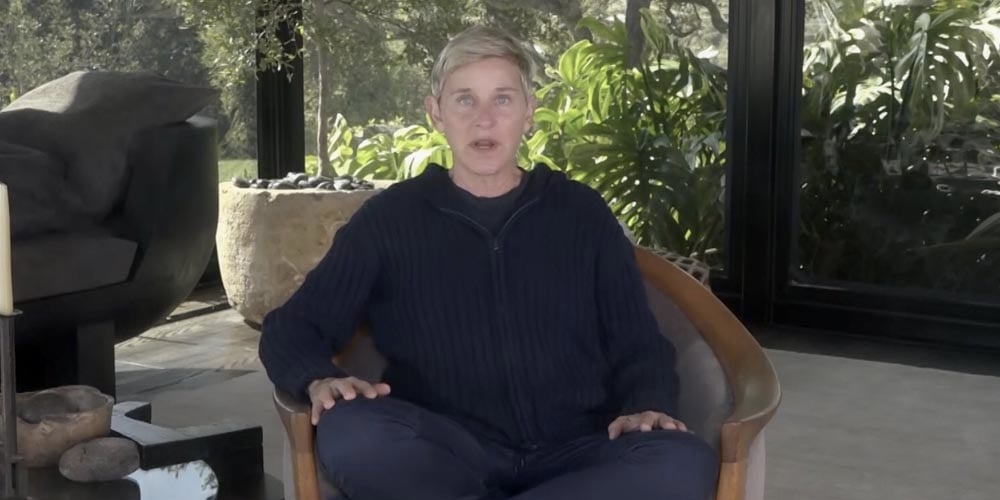 Ellen Degeneres has been criticised by fans after she compared her $27 million mansion.

She was hosting The Ellen Show from her home, as she and her wife Portia have been isolating for three weeks.

The 62-year-old quipped: “This is like being in jail, is what it is. Mostly because Ive been the same clothes for 10 days and everyone in here is gay.”

Fans were quick to take to Twitter to share their annoyance at Ellen comparing her mansion to prison. One wrote: “Is Ellen okay? Her living conditions must be really awful because Ive been quarantined in my little house in Pittsburgh and Ive been doing just fine. Idiot. Perhaps youre revealing more about your home life than the quarantine itself.”

Another added: “People are literally dying in jail from COVID-19 while Ellen is out here making jokes about it.”

A third fumed: “Incarceration is leading to mass death in this pandemic. Also, I think by gay, what ya’ll are referring to is actually often called rape in jail/prison. Maybe think of comparing life in your mansion to something else?”

Another Twitter user defended the TV host, saying: “Ellen is getting in trouble for saying coronavirus is like jail. People, shes RIGHT! Its just more like the kind of jail that rich people get to go to. I hate the internet”

Ellen attempted to keep spirits high on her show. Referencing the fact that a lot of people are isolating (including herself and some of her staff), she said: “The best thing I can do is keep the show on air. If youre feeling down I want to lift you up, if youre feeling trapped I want to set you free.”

As noble as her intentions seem to be, it is tone-deaf to suggest that being trapped in your multi million dollar mansion is anywhere near as bad as what the rest of us are going through!