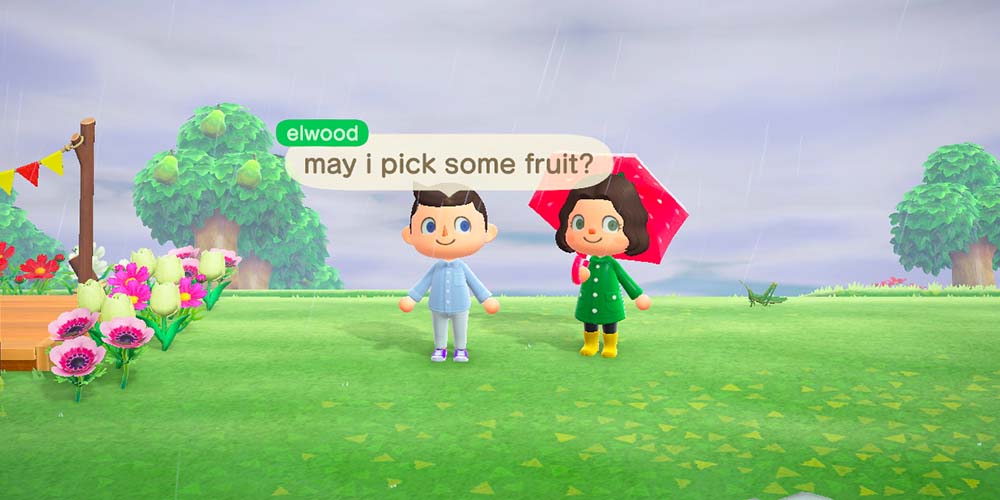 This is wholesome af.

Animal Crossing: New Horizons has been universally credited for reuniting a world in lockdown, and as it turns out, even celebrities have been enticed by Tom Nook, Isabelle and Blathers. Lord of the Rings and Wilfred star, Elijah Wood, recently made a fan’s day (or possibly year) after contacting her to ask if he could possibly sell turnips on her island.

For those who aren’t well-versed in AC, each Sunday you can purchase turnips to sell for a profit (or a loss) later in the week. When turnip sale prices are high on an island, it’s pretty common for people to invite others to come and sell their wares – which is exactly what @directedbyrian did.

With a turnip sale price of 599 Bells per unit, she tweeted to invite others to sell on her island, but didn’t expect a Direct Message from Mr. Wood.

Elijah Wood touched down on her island (don’t worry, it’s a sea plane), and proceeded to spend some lovely and wholesome time on the shores with his new friend.

As tweeted by @directedbyrian, Elijah was INCREDIBLY polite in asking to pick some fruit (and please, internet, please make “ofc thank you for asking” into a meme).

He also was very pleased to have @directedbyrian run around in circles in front of him…presumably the excitement just got too much.

The whole cute story is incredibly heartwarming, and just putting it out there, both my DMs and my island are ALWAYS open for Elijah Wood.

Now please enjoy some Lord of the Rings-themed memes:

Animal Crossing: New Horizons is the hot game of the year right now, offering players the chance to escape the tough times we’re living in and instead get into debt with the Nooks.

According to new stats from Superdata Research [via GoNintendo], AC:NH, the game has now sold more digital units in a single month than any other console game in history.